FAMED from the Netflix series Making a Murderer, former defence attorney Dean Strang, will discuss implications of the Steven Avery case at special lecture in the University of Limerick later this month.

Mr Strang, along with Jerry Buting, represented Steven Avery in his trial for the 2005 murder of photographer, Teresa Halbach.

Mr Avery had previously served 18 years in prison for sexual assault and attempted murder before being exonerated in 2003.

Making a Murderer covers his 2007 trial and his subsequent conviction for the murder of Ms Halbach.

Amy Dermody, second-year law student at UL and conference convener with the UL Law Society, explained why the group decided to invite Mr Strang to the campus.

“Most law students have seen Making a Murderer and it really highlights potential inadequacies in the American legal system, and how important it is to correctly frame legislation to prevent miscarriages of justice.

“One of the things I really liked about Making a Murderer was the way it highlighted the commitment and dedication to the law of a down-to-earth, working attorney rather than a celebrity lawyer,” she continued.

“We believe that it will also be of huge interest to the wider public because of the unprecedented popularity of the Netflix show. It has attracted an audience far beyond those directly involved in the law,” Ms Dermody added.

Professor Shane Kilcommins commended the students and said he was looking forward to chairing the event adding that “It fulfils part of UL’s mission in engaging with practitioners and the community,” he said.

“This event offers excellent pedagogical outcomes for students who will have the opportunity to listen to a practitioner and to tease out some compelling issues around the justice system.

“I will be asking questions about issues of policing, integrity in the criminal justice process, miscarriages of justice, the evidential process and the consequences of decision making,” he stated.

The event kicks off at 8pm and tickets are available from online or from the event venue. 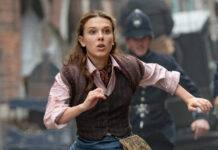