MATTHEW Thomas, the newly installed chief executive of the Shannon Group says while there is no magic wand to increase tourist numbers, the Wild Atlantic Way could be the key to unlocking the next phase of growth at the Mid West airport.

And he is also determined to bring an element of creativity to Shannon’s future development by providing a positive environment for the main stakeholders and State agencies to work together for the long-term benefit of the airport and the region.

The 43-year-old Mancunian, who was chief commercial officer of Vantage, the Canadian airport operations group, said that developing and “galvanising the tourism industry along the Wild Atlantic Way” would be a key strategy for the group in the coming years.

Growth is a challenge but seeing Shannon as the “natural gateway to the Wild Atlantic Way” needs to be enhanced to deliver that “authentic Irish feel and promote attractions while inspiring tourists where to go”.

With 20 years airport experience, the new airport boss brings a wealth of aviation and commercial experience to his new role but knows that the uniqueness of Shannon and the region is a key asset that needs to be capitalised upon.

Having lived and worked in New York for a number of years, Mr Thomas says that “there is enormous goodwill in the US and Shannon needs to “protect and showcase Ireland’s rich history to that audience”.

He acknowledged that the Shannon Group, who has one of the biggest property portfolios in the country, needs to look at the land banks outside of the airport perimeter with a view to better developing them.

Taking the Shannon Free Zone to the next phase of redevelopment will see 200,000sq/ft of office space realised in 2017 and help further attract Foreign Direct Investment, he said.

An incubator space for startup companies will also make it more attractive for aviation industry participants to the see the region as part of their business strategy.

During his first public address to a Shannon Chamber function in Dromoland Castle, Mr Thomas said that he believes further promotion of the Shannon Group heritage industry is also key to unlocking the Group’s full potential and building on its two million passenger base. 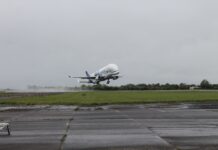 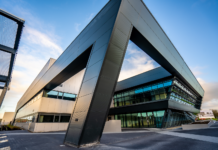 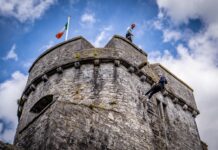