LIMERICK ladies, Aoife McNamara and Ciara Buckley will aim to impress the judges at the Miss Ireland competition in Dublin this Friday night.

Aoife, (18) has just finished a year of pre-nursing at Limerick College of Further Education and hopes to study psychiatric nursing next year in UL.

Ciara (17) is a part time model with Holman Lee Agency and recently signed with AR Models.

This Friday, the girls will partake in the 69th Miss Ireland Final where glitz and glamour meet poise and personality in Dublin’s Crowne Plaza Hotel at Northwood.

The winner of the much-coveted title will represent the country at the final of Miss World.

This takes place in Washington DC on December 19, with the lucky lady flying out in advance, on November 27th.

She will also receive a lucrative modelling contract and a host of prizes including clothes, a professional photo shoot, and beauty products from official sponsors Bellamianta Luxury Tan, Vanity X Make-Up, Ceira Lambert Hair Extensions and So Amazing Fashions.

Celebrities Elaine Crowley of TV3 and stylist Brendan Marc Scully are hosting the show, while entertainment will be provided by singer-songwriter Karl Day.

The afterparty is also shaping up to be a big one with Sisters of Sound at the helm. In a new feature of this glamourous national competition, the top six Miss Ireland talent finalists will also perform.

In fact, this year sees a new fast track process with four contestants going into the top 15 under the headings of ‘sports’, ‘top model’, ‘social media’ and ‘talent’, along with a top eight placement for the winner of ‘beauty with a purpose’.

The 34 fabulous finalists, aged between 17 and 24, are representing the majority of Irish counties as well as RSVP, Goss.ie, Coyotes Bar and Hairitage Hair Salon.

They hail from many walks of life, from being employed as a pharmacy technician, a GAA correspondent, and working on a family farm, to playing badminton for Ireland and being a session singer with a degree in jazz.

This year’s contestants will be hoping to show off their best traits in order to impress the formidable judging panel.

CEO, Linda Mc Namee, enthuses, “We’re absolutely delighted to be involved with such a magnificent showcase of the best of Irish women.

“All of the contestants are seriously talented and any one of them would be worthy of the title as far as I’m concerned!”

Leading up to the final, the Irish ladies have endured a six-week-long schedule of events, including the Miss Ireland Sports Challenge in Sligo; the Cork Charity Fashion Show in Fota Island Resort, the Dublin Charity Fashion Show as part of the Dublin Fashion Festival, and finally, the Make-up and Beauty Masterclass at Vanity X in Swords.

Conceived in 1947, Miss Ireland is the longest running beauty pageant in the world and counts a host of famous faces among its previous title holders. 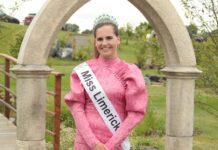 Search is on for the new Miss Limerick 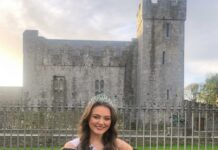 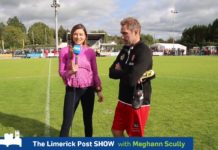 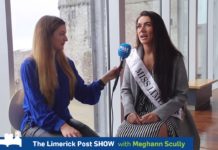