A SERIAL shoplifter has been jailed for 12 months after a judge stated that Limerick shopkeepers have the right to have their property protected from thieves.

Lyndsey Collopy, a mother-of-one from Abbey Lough, Corbally, pleaded guilty to seven counts of theft from stores in Limerick city on dates between July 2014 and March of last year.

The 33-year-old admitted the theft of a handbag from Smyths Bar where the bag was recovered but cash was taken.

Ms Collopy, who has been in custody since June 7 this year, admitted to thefts of hoodies from Heatons, Gucci gift sets from Lloyds Pharmacy, children’s clothes from Mothercare and Dunnes, makeup brushes from Debenhams and items of jewellery from Gerards fashion store.

With 81 previous convictions, the struggling heroin addict had been sent forward to Limerick Circuit Court due to her recidivism.

Judge Tom O’Donnell said that although Ms Collopey served a number of prison sentences and benefited from lengthy suspended sentences, she still engaged in criminality

He expressed concern over the nature of the thefts and that “gardai described her as a professional shoplifter, who often did a runner”.

“This isn’t shoplifting on a commercial scale, but is used as a means to feed a chronic heroin addiction. She is a scourge on the shop keepers of Limerick”, he said.

Citing a recent report from the probation services, Judge O’Donnell said that the 33-year-old was at high risk of reoffending and “as an addict, it is very hard for her to conquer her demons”.

“It has to be noted that while in custody she cleans up and becomes drug free, but takes a setback once she’s released and slips back to old ways and starts stealing again”.

The report went on to state that Ms Collopy was “in the best shape of her life” and Judge O’Donnell credited her efforts while in custody.

However he said that “shop keepers in Limerick are entitled to have their property protected,” as he imposed a 12 month prison sentence for the theft of the handbag which he backdated to last June.

A second 12 month prison sentence was also imposed on the shoplifting charges but this was suspended for two years.

Urging her to “take care” Judge O’Donnell warned Ms Collopy that she would be jailed if she was caught stealing again. 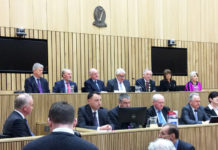 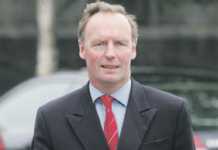 Christian response from family of man killed with a single blow 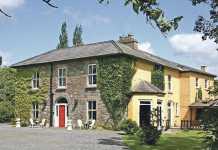 Sunville House burglars to be sentenced 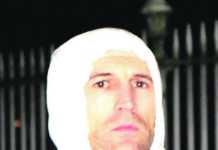 Limerick kidnapper jailed for not engaging with Probation Services 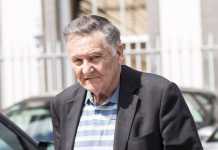 Paedophile on remand as victims share harrowing effects of abuse