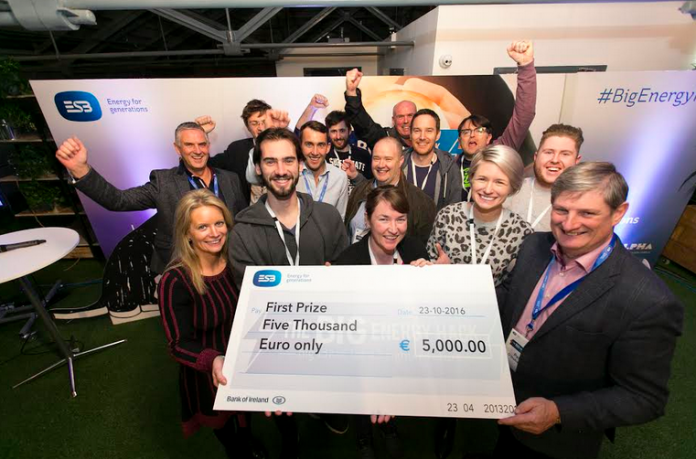 A LIMERICK city man has claimed the top spot at Ireland’s first ever energy hackathon after his team won the best innovative solution.

Allen Wixted, from the Ennis Road, was one of an eight-person team that created an innovative cloud-based platform that alerts and coordinates emergency response units to potential risks on the electricity network during storms.

Hosted by ESB, the winning team created the solution during an intensive 48-hour period at The Big Energy Hack which took place at the Dogpatch Labs, Dublin from Friday 21 October to Sunday 23 October.

The real-time solution, created by Allen Wixted and his Cloud Command team, would allow emergency services such as the Gardai, fire services, hospitals and state agencies share information such as the precise location of damaged network, leading to better coordination during times of crisis.

More than 150 hackers participated in The Big Energy Hack, organised in partnership with DCU Alpha and Dogpatch Labs. Each team formed had to build and pitch their idea to a panel of expert judges with the Cloud Command team scooping the top prize of €5,000 and the possibility of developing this idea further at ESB’s innovation hub, X_Site.

The second prize went to the JOLT team, who developed a technology using social media platforms to identify the cost of electricity homes are using and help consumers save money in real time.

Meanwhile, the third prize was awarded to the SPOT team, who devised the concept of parking sensors to manage designated Electric Vehicles charging spots. (Photos of the winning teams are attached).