A MOST “unfortunate accident-prone man” has secured €10,000 settlement with legal costs in his ninth personal injury claim before Limerick Circuit Court.

He told Judge James O’Donohue that while he was stopped at a junction in his work van, a car “came out of nowhere” and collided with his vehicle from behind, resulting in a “significant impact”.

His van was written off and, after he phoned his boss, he was told to stay in the van as the other driver sped off from the scene, mounting the kerb and hitting the wall of Thomond Bridge as he left.

Mr Lynch was on disability benefit for an earlier back injury and only allowed to work for a limited number of hours. He went to his GP the following day and had to endure six months of neck, shoulder and lower back pain. There were also “psychological issues” and he was still receiving pain management injections.

He suffered an injury to his back as a result of a bed collapsing under him in January of last year but no legal proceedings arose out that incident.

References were also made to a recent out-of-court settlement after Mr Lynch swallowed a chicken bone while eating a chicken nugget.

Mr O’Brien put it to him that he had five previous cases relating to injuries suffered to his to shoulder, neck and lower back and those exacerbated his injuries on each occasion.

In his ruling, Judge O’Donohue said that Mr Lynch was a “very unfortunate accident prone individual”.

“He has been well compensated in the past”, Judge O’Donohue added as he awarded Mr Lynch €10,000 and legal costs.

A SERIES OF UNFORTUNATE EVENTS

Anthony Lynch successfully sued Eircom for €12,000 and legal costs for a ‘trip and fall’ accident in August 2013.

In January 2013, he was awarded €7,500 against Silvercrest Foods after he claimed he ate horse meat the day the scandal broke in Ireland.

On July 12, 2010, he was awarded €20,000 against Homebase House and Garden Centre Limerick after he had an accident involving a defective toilet seat.

He sued Limerick City Council in 2008 when he claimed he was exposed to noxious fumes and was awarded €13,000 plus his legal costs.

He sued the Limerick Bread Company for damages caused by an accident at work, and was awarded €11,000 plus his legal costs.

He was also involved in an accident in 1996 but the matter did not come before court. 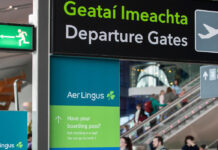