The most wonderful time of the year

HAVE you got everything yet? I bet you haven’t, I bet you haven’t even sent a card. So far, all you’ve done is buy a bottle of Baileys for your mam, drank the lot and then almost electrocuted yourself trying to put up the tree at four in the morning.

You’ll get there in the end though, we all do. You’ll send all those cards, get all those presents and buy all that food. Because you’re Irish, and nobody does Christmas quite like the Irish.

That’s not some errant claim, it’s a fact; the figures prove it. Irish people, per head, spend more money at Christmas than anyone on the planet. That’s more than the Brits, more than the Germans, even more than the Americans.

On average each of us spends more than a thousand quid during the festive period. Not for us recessions or economic downturns. We laugh in the face of such trivialities. Our focus is on enjoying ourselves, and to hell with the consequences.

Why though? Why do we spend so much? What is it about us that causes us to approach the holiday season with such a laissez faire attitude? I did some ‘in-depth’ research and came up with the answers.

It may have been almost two hundred years ago, but I don’t think we’ve ever fully recovered from the potato famine. The crops have returned and there’s plenty to go round, but if you drill down into the psyche of an Irish person, you’ll discover an innate fear, a fear that any day now, all the food will disappear. This is why we’re now one of the fattest nations in the world; we’re stocking up, getting a head start, just in case.

And this mindset only intensifies come Christmas, we approach it as a dying man would his last opportunity to be with a woman; grabbing and mauling, pulling and tearing, determined to wring every last bit of enjoyment out of it before it’s all over and we have to return to reality. In time we may calm down, we may cotton on to the fact that there’s a Christmas every year and that there’s really no need to panic, but until then: let the carnage continue.

Our need to be liked

Remember in the summer, when an army of green martyrs traveled the length and breadth of France, rescuing children, resuscitating old woman and generally just being a bunch of sound bastards? And when all the foreign people said we were the loveliest people in the whole world and gave us medals for being so lovely? Wasn’t that great? Didn’t it make you feel so, so…lovely?

This is where it gets complicated. A devoutly Catholic country, Christmas has always been important to us. In times gone by, this manifested itself in a celebration of the birth of Jesus. We marked the day by being especially holy, going to Mass three times instead of the usual two, begging forgiveness for sins we hadn’t even committed yet. Presents were of secondary concern, the privileged children got an orange or a hankie, the rest were let off with just a small baitin’ for the day that was in it.

But as time went by, the lines became blurred. With each passing year, Christmas became less about Jesus and more about Scalextric, until finally, the roles were reversed.

Now the story of the heavily pregnant Mary and the innkeeper in Bethlehem is the side-show, it’s the bit we have to remind our children, and ourselves, about every year. It still plays a part, we still go to Mass, but only out of a sense of duty, only to get ourselves off the hook. Our Christmas spirit is as strong as it’s ever been, only now it’s being channeled in an entirely different direction. It’s being aimed towards the high street, towards department stores, ATM machines and online stores. Capitalism is our religion, and money is our God.

Now that we’ve established that religion still plays a part in how we celebrate Christmas, isn’t it time we asked why other Catholic strongholds don’t spend as much as we do? The Italians, the Mexicans, both fervently Catholic, but both way down the list when it comes to splashing the cash over the festive period. You could argue that those nations are going some through tough times in an economic sense and, as a result, there’s some much needed belt-tightening going on, but it’s hardly stopped us has it?

How we differ to our Latin cousins is that we’re an inordinately maudlin lot, a melancholy shower of brooders who only brighten up at the prospect of a few pints over the weekend. Our sole reason for living is to escape the misery of our daily existences. We spend our entire lives counting down the days to the weekend, the weeks to our holidays and the months until Christmas. Parties, social gatherings and piss-ups are what keep us going, our one true motivator as we grind our way through another turgid Tuesday afternoon. Take them away from us and we’d have nothing. Take Christmas away from us and we’d die out, completely, probably within a year.

The magic of Christmas

I’m aware that, from an anthropological point of view, I haven’t painted the Irish in such a good light thus far. Let me see, according to my research we are a gluttonous, Godless race haunted by insecurity and self-loathing, sated only by barrels of beer and trips to Lanzarote. Not great really, is it?

But wait, there is something good about us, one redeeming factor which helps explain our Christmas craziness, a uniquely Irish trait that contributes to our excessive yearly outlay. And yet, try as I may, I can’t quite define it.

You could call it an innocence, a lack of cynicism, or maybe a childish naivete but, whatever it is, it enables us to embrace the magic of Christmas quite unlike anyone else.

This indefinable quality makes us get cross when someone tells our ten-year old child that Santie doesn’t exist. It makes us pray that our kids will always believe in the beardy fatso so that the fun may be prolonged for decades to come. It makes us get up at four in the morning, the biggest child of all, to open all the presents, knowing full well that we’ve got six hours of cooking and a houseful of guests to look forward to. It makes us grin like an idiot all the way through our seventeenth viewing of Home Alone, and it makes us go out “for one” on December 27, 28 and 29, despite promising ourselves we’d “spare our livers” till New Year’s Eve.

And it makes us do this every year, regardless of our circumstances, no matter how broke we are, or how miserable we are. 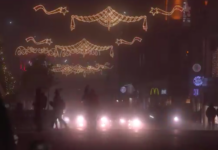 Missing you this Christmas 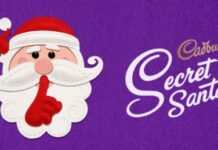 Send a bar of Cadbury chocolate for free! 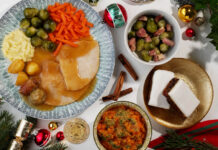