THE removal of a rank in front of Colbert Station has drawn sharp criticism from Limerick taxi drivers who say that “it’s hard enough to make a living without being shoved down the road away from customers”.

The relocation of the rank to Parnell Place is part of the Urban Realm Improvement Project and “will greatly improve” the area, according to a spokesperson for Limerick City and County Council.

One city taxi driver told the Limerick Post that the manner in which they were informed of the change had angered many of those based at the rank.

“Last week, during Christmas, a lad in hi-vis vest just walked up and handed letters into our car windows telling us that the rank was gone.

“We have been based outside the station for years and it’s hard enough to make a living without being shoved down the road.

However, the Council spokesperson said that the current rank is being decommissioned and relocated “metres from its current location” at a site which is already used by drivers.

The local authority said that they “carried out non-statutory public consultation including a public display in the Railway Hotel in March 2015 when taxi drivers and their representatives received information about the plans for the taxi rank.”

A public consultation process was held during July and September 2015 and local councillors were presented with a report in December 2015. The taxi drivers and their representatives were notified recently of the construction works.

“The taxi rank is being removed to make way for a new bus stop and cycle lane being constructed as part of the Parnell Street, Wickham Street and Davis Street Urban Realm Improvement Project.

“This project will result in a greatly improved urban space along Parnell Street from the re-developed Colbert Station transport hub to adjoining streets,” the  council spokesperson concluded.

However, the taxi driver who contacted the Limerick Post said the drivers are not happy with the decision intended to “fully challenge the council”. 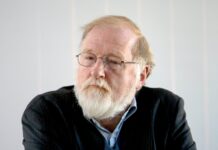 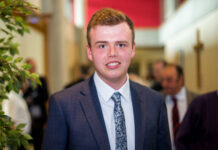