ARDNACRUSHA native Adam Shinners is set to take up an exciting new position in the US week working as a researcher with one of the world’s largest aquaponics facilities.

The 24-year-old, who is son of well-known bodybuilder Blue Shinners, is now preparing for the big move to the Coulee region of Wisconsin with his wife Natalie and two children Grace (5) and Darragh (2).

Adam is set to start work as head grower at SuperiorFresh who are experts in aquaponics, the technology of producing fish and plants in a re-circulating system. The company’s aim is to feed the world with healthy high value foods in an effective manner.

The Limerick Institute of Technology (LIT) graduate’s duties will include controlling and optimising an extensive number of environmental and operational parameters.

Adam completed his Masters of Science at LIT last November under the head of the department Michelle Bennett and NASA plant physiologist Prof Gary Stutte.

He also spent two weeks at NASA facilities in Florida on a project called Synergy-5 in collaboration with LIT Limerick’s Bio Analysis Research Department. The experiment was launched at the International Space Station in 2015.

Adam told the Limerick Post this week that he was “excited and anxious about the move”.

“It is a fantastic opportunity, but it’s such a big move for all my family, so naturally there is a little anxiety too,” he said. 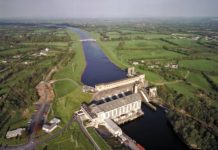 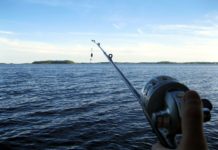 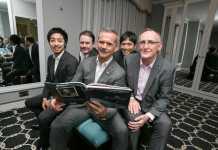 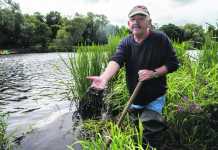 Edward McNamara angling to save Shannon salmon from extinction