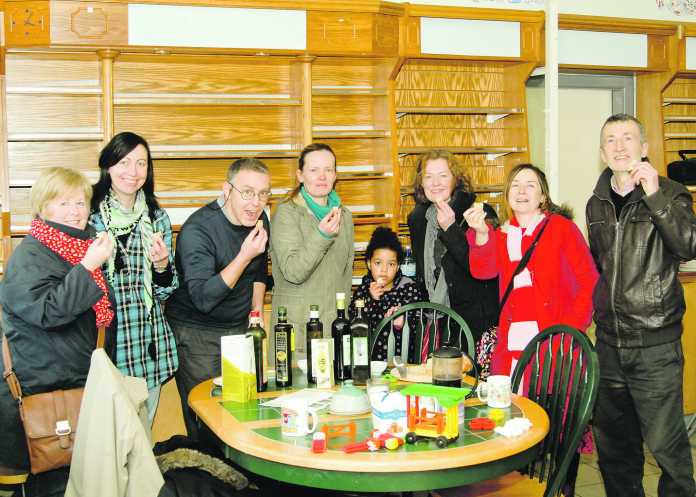 NOW in its fourth year of operation, Limerick’s Urban Co-op continues to go from strength to strength.

Based at Tait House on the Roxboro Road since September 2016, the co-op is a well-stocked store, selling fruit and vegetables, whole foods, dairy, bakery goods and some frozen foods as well. Almost everything is organic.

All items stocked have been requested by members and the staff will regularly tell you – “if we don’t have it, just ask, and we’ll try to get it for you.”

So, how did it all start?

A co-operative conference had been held in Limerick in late 2012 and shortly after, field trips were organised to see successful co-operatives in action. After visiting The Unicorn Grocery Co-op in Manchester and Park Slope Food Co-op in the US, a meeting was announced inviting anyone interested in setting up a community co-operative grocery store in Limerick.

At the first meeting, 45 people turned up and showed a keen interest in the project. Committees were formed and many more meetings were held. Finally in July 2013, the co-op became a reality when 19 people formed Limerick Community Grocery. It began as a buying club where members ordered and paid online every Monday, and collected their boxed veg at a depot on Mulgrave Street each Friday. All labour was voluntary and costs were kept to an absolute minimum.

In January 2014 the co-op opened as a walk-in shop. The product range grew, the opening hours lengthened and at the end of that year the co-op was hugely boosted by a grant from Limerick Regeneration.

Three and a half years later, and now trading as The Urban Co-op, the membership has grown to almost 400. The building in Mulgrave Street was no longer fit for purpose so a move was necessary.

The move to the Tait House compound on the Roxboro Road has been deemed “a re-birth” for the co-op. The space is bigger, brighter and full of potential.

“We moved here in September and it has been a revelation,” said chairperson Deirdre MacMahon.

“The atmosphere here is so different, we feel like part of the bigger Tait House family and we are particularly looking forward to co-operating with them on their Urban Farm project which will begin soon. This is an exciting initiative for Limerick City and the Co-op plans to be an important part of it,” she added.

The move has brought many new customers and members, many of whom are on special diets, as the co-op stocks a good range of specialist foods including gluten-free flours, fermented foods, raw milk and bone broth. Members enjoy the easy-going atmosphere, free parking, well-informed staff and most importantly of all – good value. It is a child-friendly place to shop with friendly staff and volunteers. The kids can draw, use the blackboard or help their parents with the child-sized trolley.

Membership is just €1 or €20 if members wish to get involved with the operation of the co-op and have a vote at meetings. The co-op also organises events, classes, and group meetings.

The Urban Co-op is open on Thursdays, Fridays and Saturdays from 10am to 6pm. For more details visit www.theurbanco-op.ie.