Every year, around this time, a debate begins. It goes on for a few months, back and forth, mostly one-sided, until the designated losers give up and crawl back under the rock from which they emerged. And every year, despite previous defeats, those same losers reappear, ready to fight anew, determined not to give up, regardless of the odds.

They regard this debate as a war of attrition, something that will only be won through sheer doggedness. They don’t care how long it takes, they’ll just keep arguing and mithering, believing that eventually, if they keep going, they will wear the other side down and claim the ultimate victory.

That ultimate victory, the prize which they so desperately desire, is to see Irish pubs open on Good Friday.

This year the debate has been taken to a new level, it’s been taken all way to the upper house of the Oireachtas, to the Seanad, where a bill has been tabled. Headed by Independent Senator, Billy Lawless, and supported by some of his more unremarkable colleagues, the bill aims to dispense with the “dated practice” of closing our pubs on one of just two days in the calendar year, and drag us, presumably kicking and screaming, into the twenty-first century.

You see, Senator Lawless and his cronies are very much focused on modernising our poor, backwards, little country. They want to us cast off the shackles of the past, to grow and blossom in tandem with the rest of Europe, to become a pluralistic society capable of adapting to any circumstances.

They do in their eye.

Their sole concern is money. They don’t care about culture or tradition or the hearts and minds of our ethnically diverse nation. It’s all about money. When they tabled this bill they weren’t thinking about a law “no longer appropriate for a modern era” or about the historical and religious implications of opening the pubs on Good Friday, they were thinking about all those lovely tourists over for the Easter weekend, wallets full of euros and bellies mad for Guinness.

I don’t know how much a day like Good Friday is worth to our economy, or how much revenue might be created by having thriving town centres, with friendly, open bars, on this holiest of days. But it must be a lot. It must be the difference between a good financial year and a bad financial year, between a punishing, punitive Budget and a tame, tepid one, between custard creams in the Oireachtas and those fancy, chocolate chip cookies that Enda goes crazy for.

How else can you explain these repeated efforts to push through a motion that the majority of us couldn’t give a toss about?

Because yes, that’s the funniest part of all; the Irish, the most alcoholic nation in the world, generally don’t mind that our pubs aren’t open on Good Friday, we actually kind of like it.

As is our wont we have, over time, turned this potential disaster into a positive. We have taken one of the few days of the year when we’re not supposed to have any drink, and made it into an annual session, a piss-up to rival with the best of them. What would ordinarily have been a quiet Friday in advance of a weekend full of mischief, has become an event in of itself, an opportunity to get royally drunk for no reason other than we’re not supposed to.

There is no panic quite like of an Irish off-licenses on a Holy Thursday. The impending doom brings everyone out. Seasoned veterans rub shoulders with occasional tipplers; vans, wheelbarrows and forklifts are parked outside, ready to be loaded with slabs; scuffles break out in the wine section; even the teetotaling pioneers come in for a few cans – just in case.

What’s wrong with all that money? Surely this yearly pilgrimage to the ‘offie’ is worth a few quid to the economy? No, it’s not the right kind of money, it’s dirty money and it’s not going to the right place. Because beneath all this posturing about moving with the times and catering for our thirsty visitors lies a subplot, one which drives this ongoing debate and ensures that it will never go away.

Pub culture in this country is slowly dying out. Unable to compete with the bargain basement prices offered by supermarkets and off-licences, our nation’s watering holes have faltered, struggled, and then sank without trace. Those that survive do so by the skin of their teeth. To them a day like Good Friday could well be the difference between a good year and a bad year, between paying the bills or not. And not only are they losing out on all this potential income, but their rivals, those pesky retailers, are the ones cashing in at their expense, it’s the ultimate slap in the face.

I’m not about to cast aspersions on Senator Lawless or any of those behind this bill, but this proposed legislation is firmly in the best interests of Irish publicans and it is they, more than anyone else, who wish to see it implemented.

There is, of course, another issue to consider here, something which, with each passing year, becomes less and less relevant. Just as Christmas has become a festival of consumption and indulgence – with a side-dish of the Baby Jesus thrown in for good measure – so Easter and all its religious connotations has been similarly hijacked.

If Good Friday is about alcohol and ignoring the death of Our Lord, then the rest of the weekend is solely about chocolate and how much of it we can stuff down our parched, dehydrated mouths. But, godless as we are, the very fact that our pubs remain closed on this day serves as a reminder, it marks it out as something special.

We may no longer attend mass or say our prayers before bedtime, but we respect tradition. We understand what this time of year is about and what it means to many. That we choose to commemorate it in a materialistic, hedonistic manner is not an act of defiance, nor should it be seen as such.

Because although an entire generation may have lapsed, it still sees the Church and Catholicism as an intrinsic part of what it means to be Irish. We all baulked at the idea of the Angelus no longer sounding out before the Six-One News, not out of any devotion to God or some righteous outrage, but simply because we like these little things, they’re part of our heritage, part of what makes us who we are.

Ultimately though, money talks, and, as much as we like the idea of our pubs being closed on Good Friday, we’re really not all that passionate about it. So, those debaters, those perennial losers, will eventually get their way, they’ll capitalise on our apathy and turn a day that is special to many people, for a variety of different reasons, into just an ordinary, everyday Friday. Welcome to modern Ireland.

Oh, they’re having a right laugh at Limerick’s expense, wheeling out all the tiresome jokes, slandering the good people of the Treaty County, besmirching your good name.

And why? ‘Cos a couple of babies were born out of wedlock. Big deal.

In case you hadn’t heard, Limerick tops the list when it comes to babies born outside the confines of wedded bliss. Figures released by the Central Statistics Office (CSO) have revealed that 61.3 per cent of Limerick children are born to unwedded mothers.

This is contrast to the leafy suburbs of Dun Laoghaire where just 22.8 per cent of snot-nosed sprogs emerge into a world where Mammy and Daddy haven’t seen fit to do the decent thing and make it official.

Those in the know see these figures as evidence of deeper issues, insinuating that Limerick’s socio-economic problems have led to a rise in single mothers and unmarried parents.

I say that’s nonsense. I say that these people, these experts, don’t know what they’re talking about.

Having lived here for six years now I can tell you the real reason why so many babies are born out of wedlock; it’s because Limerick people are just too sexy for their own good.

You had every intention of waiting, had vowed to hold off until the time was right, but sure jaysus one look into her/his eyes and you were off, consumed by the sort of rabid passion usually only seen in the movies. Then, nine months down the line, when junior appears, all you can do is shrug and say, “sure I couldn’t help myself, consumed I was.”

Those mingers in Dun Laoghaire would never understand. 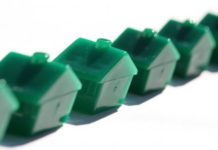