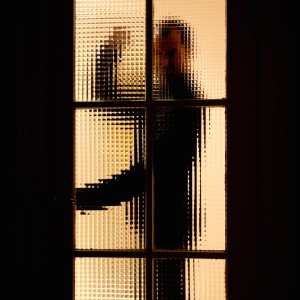 AN elderly woman has described the very frightening incident she faced when she arrived home to find her house ransacked and man facing her armed with a knife demanding money.

The incident which is under investigation by Roxboro Road gardai happened last Thursday evening when the woman aged in her 80’s returned home to discover that her kitchen had been ransacked.

Fearful that the intruder was still in her house, the pensioner went next door to get her daughter.

When they both returned inside to the pensioner’s house they were approached by a male who emerged from one of the rooms brandishing a knife and demanding money. They immediately left the house and the male followed them both out of the house by the back door demanding money.

The woman and her daughter rushed back to her daughter’s house next door before the attacker left the scene on foot before discarding knife on driveway.

Sergeant Kevin Balfe from the Crime Prevention Unit of Henry Street Garda Station said that the elderly woman was left very frightened after the incident which she described to them.

However, there was a good description given of the man involved in this aggravated burglary.

The armed raider is described as being in his early 20’s, approx 6 foot tall, very slight, wearing light grey tracksuit pants, dark coloured jacket with dark hood pulled up, monkey hat underneath and a grey scarf covering his face.

Gardai in Roxboro Road are investigating the incident which left the two women, especially the elderly pensioner, in a state of distress and shock.