VOLUNTARY housing agencies that are buying up property across County Limerick in response to the homeless crisis have come under heavy fire from local councillors.

Former Mayor of Limerick City and County, Cllr Kevin Sheahan claims that a number of properties have been purchased for social housing in Askeaton, Pallaskenry and Newcastle West by a number of approved housing bodies.

Speaking at this week’s Adare-Rathkeale municipal district meeting, the Fianna Fail politician said he had been approached by a “procession” of concerned residents living in a private housing estate in Askeaton following the purchase of one property by Mid-West Simon.

He questioned the logic of this move, criticising groups such as Mid-West Simon, the Peter McVerry Trust and Clúid for “doubling up” on the work of the local authority and effectively, imposing extra costs on the taxpayer.

Cllr Sheahan told the council executive that homelessness wasn’t an issue in Askeaton, believing it was mainly a problem in Dublin, Cork, and Limerick City, and described it as a “disgrace” that local elected representatives were not briefed on the matter.

“This will bring nothing but hardship and despair to hardworking families who are working to pay their mortgages and raise their children right. Some people get everything handed up to them, while others will get no help no matter how hard they have to work for it. Policy needs to be changed,” he added.

He claimed profit was their focus and that potential tenants would be charged higher rents than they would be by the local authority.

According to Independent councillor Emmett O’Brien, two ambulances and three Garda units had to be called to a house in Pallaskenry two days before Christmas. The tenants of this social housing unit, he claimed, had just moved in days before.

“This is a very serious issue. There had never been a problem before in this quiet area. It is an absolute outrage what is going on.”

Cllr Richard O’Donoghue spoke of another incident in West Limerick where one family, living in their home for 33 years, were now considering moving because of antisocial behaviour stemming from residents in a property, also purchased as social housing.

Sinn Fein councillor Ciara McMahon also felt that a total disregard had been shown for local councillors on this issue.

Director of services for the Adare-Rathkeale Municipal District, Caroline Curley told council members that there was a whole “plethora” of voluntary housing bodies currently operating in Limerick City and County.

It was agreed that a special area meeting would be convened in the near future to discuss the matter in more detail. 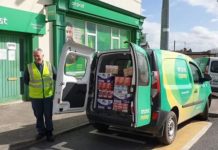 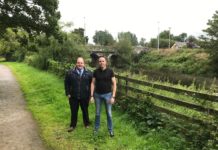 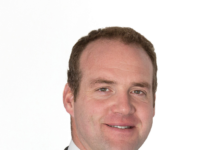 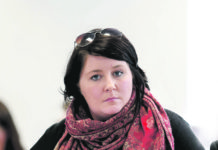