LIMERICK, Clare and Tipperary are areas targeted by the CLÁR capital investment scheme, which has been re-opened after six years by Minister Michael Ring.

This year, Limerick alone is getting €161,1730 for eight different projects out of a new €5million released from the capital investment scheme on June 13 for safety measures and community amenities.

A tranche of €2m was released nationally last year during the capital investment relaunch.

CLÁR stands for Ceantair Laga Árd-Riachtanas. It is supporting the development of remote rural areas through small-scale capital projects involving collaboration between Local Authorities and communities.

The programme is funded by the Department of Arts, Heritage, Regional, Rural and Gaeltacht Affairs under the Government’s Action Plan for Rural Development.

Junior Minister Michael Ring on the roll out said: “A diverse ranges of projects will benefit from this funding and will see improvements being made in small towns and villages in and around their schools and community facilities.

“It is also important that we provide children in isolated rural areas with places where they can play safely and enjoy their childhood.”

The initiatives receiving investments come from the communities themselves, working in co-operation with their local authorities.

Almost €2m was previously announced for Measures 3 and 4. The €5m funding announced a fortnight ago covers Measures 1 and 2 for community infrastructure and voluntary emergency first responders such as in times of flood.

To read more about CLÁR and the capital investment scheme for Limerick and the Mid-West, check out this week business special here

Virus victims being isolated at UHL 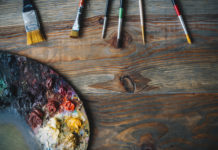 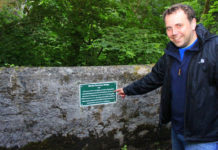