EMPLOYERS group Ibec has called on the Government to increase investment in regional infrastructure, claiming that failure to adopt a more ambitious capital plan would accentuate the growing imbalance between the regions and the greater Dublin economy.

The call forms part of the group’s submission to the recent public consultation on the mid-term review of the Government’s capital investment plan.

Speaking on the critical need for investment in infrastructure in the region, Ibec Regional Director for the Mid West and Kerry Mairead Crosby said that a two-speed economy has emerged over the past few decades with Dublin and the Eastern region consistently outperforming the rest of the country.

“Up to 2008, there was considerable investment in road transport connections between the capital and most of the regions. However, the motorway network was never completed and the regional cities themselves remain poorly connected to each other. Connecting cities and their regions will help spread the economic and population growth which is currently concentrated on the east coast.

“In the early years of the crisis, the lack of ambition when it came to the delivery of key infrastructure was unfortunate, but understandable, in the context of Ireland’s fiscal position. Today, it is simply unsustainable. In areas from roads to broadband, poorly developed infrastructure is resulting in deteriorating quality of life and increasing costs for households and business. This is a key concern and a constant source of feedback from businesses in the Mid West and Kerry region.”

“In the Mid West and Kerry, completing the M20 Cork-Limerick motorway and connecting second and third cities is a key enabler to the overall growth of the entire region. The completion of the M20 will be vital in establishing a competitive and distinctive complement to Dublin. The country needs an effective counter-balance to the Dublin economy. This can be best delivered through improved connectivity between our Atlantic cities and ensuring that regions are well connected to the Dublin economy and to each other,” she said.

“Completion of the M20, the Limerick to Foynes Road Scheme, the Limerick Northern Distributor Road, the N24 Limerick-Waterford and the N22 Ballyvourney-Macroom would greatly enhance the capacity of the region to attract and retain foreign direct investment. While some projects will only be achievable over the longer-term, progress to design, planning and other preliminary stage in the projects should be funded with clear timelines identified for their delivery.

“Currently, 48 per cent of all premises in the region do not have access to high speed broadband. This is a huge barrier to business growth. Any further delays must be avoided with the roll-out of broadband. This is particularly true in relation to funding which must be put in place from the outset. As it stands, Government would need to spend a further €5 billion annually by 2021 in order to reach the 4 per cent of GDP target. The €2.6 billion to 2021 outlined in the Government’s consultation document falls well short of levels necessary to meet the economic and demographic pressures facing the country.”

“Right now Ireland severely lags behind our competitors when it comes to infrastructure spend. Businesses make decisions regarding their location on a number of factors and accessibility ranks highly. If we want to continue to attract foreign direct investment to the region, Government must break away from the austerity mindset and ramp up spending on infrastructure. Without good access investment simply does not happen.”

“It is time to ensure the infrastructure within the region is fit-for-purpose and can adequately meet the needs of a growing regional economy. Given the potential impact of Brexit on the region, it is vital that this is reflected in the mid-term review of the Capital plan. Investment in connectivity, skills and infrastructure including housing must support the future growth of the region.

“It makes economic sense to invest wisely now to increase productivity, employment opportunities and improve standards of living for all. This investment will pay dividends regionally and nationally,” Ms Crosby concluded. 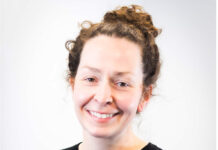