SOME have compared it to a Toblerone chocolate bar but it’s definitely not to everyone’s taste – that’s the verdict of residents of Verdent Crescent in King’s Island on the new flood defence wall recently erected by Limerick City and County Council.

High tides caused havoc in the area in recent years with home owners and elected representatives clamouring for the council to take measures to save their homes from further damage.

The council acceded to their wishes and erected a wall between Verdent Crescent and the river – but locals say that while it might solve the flooding problem, it’s left them staring at an ugly structure.

“It looks dreadful. There must have been a better way to finish it,” said local resident Rita Samphier.

82 year-old Rita, who has been living in the Crescent since it was built, said that “no-one who has to look out at this wall is happy. We can’t see the lovely flowing water or the ducks and swans anymore. Instead we have this ugly thing that’s topped with soemthing that looks like a pyramid. We have to look at this for the rest of our lives,” she told the Limerick Post.

“The flood defence are completely necessary but I think they might have come up with something more attractive, This looks like an ugly Toblerone,” he said.

Cllr Gilligan approached the council engineers after hearing complaints from the residents.

“The told me that because it is a double wall, the capping is a necessary part of the structure”.

“We were delighted that they fronted the wall with stone but the capping is not at all aesthetically pleasing. The problem is that it can’t be rounded for health and safety reasons – the engineers have to use something that people can’t walk on top of,” he explained.

However he believes that something can still be done to make the structure visually more acceptable.

“I’m asking them to look at painting it to make it look better but first and foremost, the wall is intended to keep the area flood free,” he said. 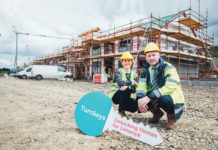 654 new homes built in Limerick over past year 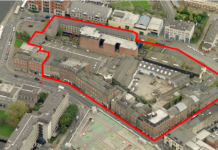 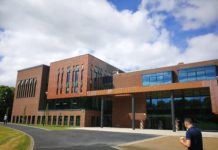 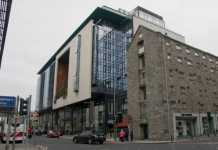