^ IN his first official visit to Limerick since his election, Taoiseach Leo Varadkar has been confirmed as a special guest at the Foynes Air Show this weekend. He will be joined by Minister of State at the Department of Defence Paul Kehoe and Minister of State at the Departments of Finance and Public Expenditure and Reform, Patrick O’Donovan. The show, which is now billed as the biggest in the West of Ireland, will feature displays by more than 30 of the world’s most iconic aircraft.

^ A DECISION to include overtime in Limerick City and County Worker’s pension entitlements has left some widows feeling “short-changed,” according to the trade union, SIPTU. After a lengthy campaign, the local authority agreed to include the sums in pension payments but two widows now feel their late husbands did not get their full entitlements, having had overtime excluded from their payments. According to SIPTU representative, Ger Kennedy, legislation allows a retired member of staff or next of kin to “take a case if they believe they have been short-changed in respect of pension entitlements”

^ THEY’ll be achieving new heights in Clonlara shortly with a decision to grant permission for a climbing wall as part of the planning process to convert a disused industrial unit into an activity centre. When fully operational, the former Burlington factory in Gillogue will be home to an adventure centre, go-kart track, archery space, and a children’s play area as well as indoor and outdoor gymnasia. The development is being undertaken by Urban Trends Ltd.

^  LIMERICK Fine Gael Senator Maria Byrne has confirmed that childcare services in Limerick will receive €494,392 in extra funding. Sonas Childcare Limited, Heather Leonard, Áine Donovan and Kilfinane Playschool Limited are all to receive €50,000, Kate McMahon is to get €49,712, Northside Family Resource Centre Limited is to get €34,720 and the Southhill Development Co-Operative Society is to get €45,000. 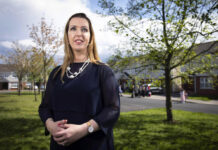 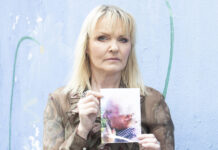 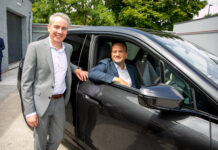 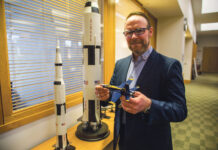 WP Engine builds up a head of steam in Limerick 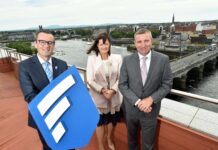 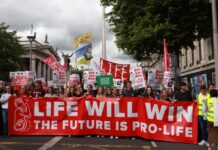 Limerick supporters join in biggest pro-life event of the year