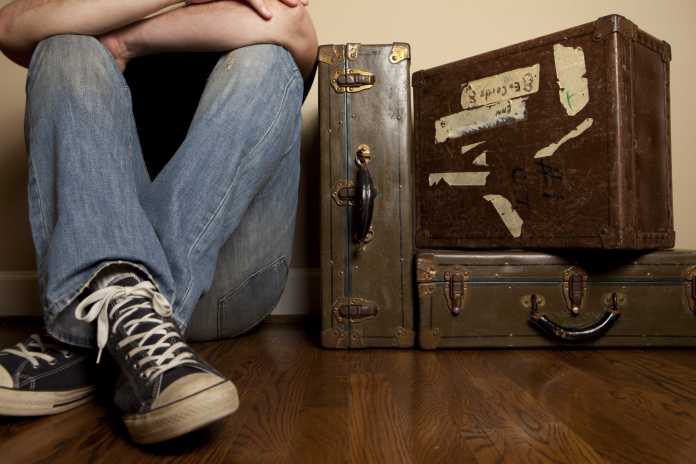 A home from home When I was seven years old I had to change schools. It was a traumatic experience, as it is for all children. But, moving from another country, I found it especially difficult. In addition, I was the only child of a single mother; a cossetted, delicate thing who relied on his ‘Mummy’ for everything. Therefore, it’s understandable that I was a nervous wreck on my first day in this new school.

It’s also understandable that I had a little cry as my mother waved me goodbye, leaving me, this poor, solitary little English boy, with a classroom full of inquisitive Irish kids. What’s harder to excuse is the absolute meltdown which followed, the devastated wails and plaintive cries which forced a teacher clearly out of her depth to go running after my mother, presumably with the intention of sending me on the first flight back to Blighty.

But no, I was allowed to stay, even though I didn’t want to. Eventually a compromise was reached; I would stop my histrionics and my mother, my poor, mortified mother, would sit at the top of the classroom, slightly to the left of the teacher, where I could see her. Becalmed by her presence I soon integrated myself with my new classmates and by break-time, I was shooing her out the door lest she cramp my style around Becky, aged eight, from just up the road.

With the benefit of hindsight, I can appreciate that, as scary as my situation was, I didn’t have it all that bad. Once the school day was over, my mother would be there waiting to collect me, from there she would bring me home, and the following morning I would awake in a safe, familiar environment ready to stare vacantly into space while Miss O’Brien waffled on about five times tables and dictation.

Compare my plight with that of both parents and offspring preparing for life at the University of Limerick this autumn. Not only will many of these young people be leaving home for the very first time. Not only will they be surrounded by hundreds, thousands of unfamiliar faces. And not only will they be tasked with fending completely for themselves, cooking, cleaning and the rest. They must also prepare for all of this in the knowledge that, come the first day of lectures, they may not have anywhere to live. At this point I should instruct you to the date marked at the top of this page, yes it does say August 2017, this is not a reprint, you haven’t accidentally picked up an old copy of the Post, one from last year or the year before that. It’s just that time of year again, a time when a problem which should have been resolved, quickly and with a minimum of fuss, when it first surfaced, rears its ugly head once more.

Put simply, there are not enough rooms available for students attending UL this year. With demand outstripping supply and all on-campus accommodation long since gone, UL has, for the second year in succession, sought assistance from local homeowners. In a scenario reminiscent of wartime Britain, where the affected and afflicted were taken in and looked after by those more fortunate, without a word of complaint, the University has called upon residents to locate their community spirit, to act out of the goodness of their hearts, and clear out space for the stricken and bereft, to tidy up the spare room and put a strange, sullen teenager in there, and maybe feed them while they’re at it.

Okay, so it’s not exactly a benevolent gesture, you do get paid for the inconvenience; it might even be a nice little earner for those whose own kids have flown the nest and wish to be reminded of the joys of living with a young adult. But the very fact that UL must once more make these pleas to the public, send out fliers, put ads on the radio, is disconcerting, and, from its own perspective, wholly embarrassing.

If you’ve been in and around the University campus of late you will have seen the ongoing construction works on the main library. Costing approximately €30 million, the work will increase the size of the library by two-thirds and is set for completion by the end of this year. Having stood patiently (but mostly impatiently) in line to use a computer within the Glucksman Library on many occasions, I can attest to the necessity of these works. In addition, having scoured the shelves for a copy, that single copy, of a crucially important textbook, I can but hope that this new, all improved, hall of learning, will contain enough literature to feed the minds of all those who roam it. These extensive works were carried out to deal with the increased volume of student numbers at the University, numbers which have risen exponentially since the library was built on the original campus back in the seventies.

Having reached the point where it was no longer fit for purpose, it made sense to renovate this most important of buildings, rubber-stamping both the future of the University and those who attend it for years to come.

In much the same way that, over the years, it became apparent that the main library was no longer fit for purpose, that the increased influx of students meant something bigger was required, so it must have, at some point, been patently clear that there was not enough accommodation on campus for those attending UL.

Those defending the University will point to a supply of off-campus digs that was never fully subscribed to last year. But, aside from mature students like myself and the occasional international student, who really wants to live off-campus? Who wants to commute to college every morning, to wave their friends goodbye every evening, and return to a distant, remote room in an unfamiliar city while everyone else gets the full college experience, the experience they’re supposed to get?

Much has been made of the behaviour of students attending UL recently, their anti-social activities causing a storm on a seemingly monthly basis throughout the academic year. Not to excuse that behaviour, but given the uncertain living arrangements of many of those young people, the precarity of their day-to-day, is it not somewhat understandable that they may be a little more angst-ridden than their predecessors?

It’s stressful enough dealing with the pressure of exams, of making new friends, adapting to new environs and coping without mammy and daddy. Throw in an isolated home-life, a feeling that you’re being excluded through no fault of your own and not only do you get reckless, irritable young men and women roaming our streets at night, you also get a higher rate of dropouts, of kids throwing the towel in completely, all because they couldn’t find somewhere to live.

It’s imperative that UL addresses this issue, not just for the wellbeing of those who attend it, but also for its own, hard-earned, reputation, a reputation which is in danger of being tarnished due to its inability to provide sufficient care for its own student populace.

Nothing to see here

If you happen to be one of those students forced to live in the city centre this coming semester, you might be better off cycling the long way home rather than using the specially commissioned riverbank walkway. Because, although picturesque, scenic and very pleasing on the eye, it is now home to Limerick’s very own serial flasher.

A man described as being in his ‘late twenties/early thirties, with fair hair’ has been accosting young women along the walkway, exposing himself, getting his lad out and having a play with it, for the benefit of unimpressed, and deeply uninterested, female passers-by.

Although not considered dangerous, this man is clearly a pest, his actions have already caused a number of women to alter their running routes, and once lectures begin at UL he’s going to have a whole new audience for which to perform.

In recent years the University has provided students with a ‘First Seven Weeks’ introduction pack, a bag of goodies designed to help newcomers settle in. The contents are usually fairly humdrum; pens, notepads, stationary, maybe a cheeky condom.

But this year, in light of our new friend, some new items could be added, purpose-built utensils to deal with men of this ilk. I’m thinking scissors, long sticks with sharp serrated edges, cat o’ nine tails, medieval shit which would cause even the bravest of penises to shrivel up inside itself and its owner to think twice before putting on another impromptu performance. 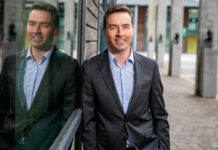