11 COMPLAINTS made against the Rubberbandits over their “haunted bread” comment on the Late Late Show have been rejected by the Broadcasting Authority of Ireland.

However, the Limerick comedy duo of Blindboy Boatclub and Mr Chrome have accused members of the Catholic Church of fuelling a campaign against them.

In a tweet posted by the comedians, members of the Catholic Church were accused of orchestrating mass goers to support complaints made to the BAI.

The church printed out complaints then handed them out for people to sign in mass all over country. My 78 year old Ma was mortified

“The church printed out complaints then handed them out for people to sign in mass all over country. My 78 year old Ma was mortified,” a message posted on the Rubberbandits Twitter page read.

Complaints made to the BAI related to a January 6 broadcast of the Late Late Show where Blindboy Boatclub of the Rubberbandits, appeared with ‘Can’t Cope, Won’t Cope’ writer Stefanie Preissner, and columnist Michael Harding.

Young people and the Church was the topic under discussion when Blindboy said “I mean, anyone who I know that goes to midnight Mass, they’re not going for the haunted bread.”

“They’re going there because their grandmother made them go, their whole family is there, you know what I mean? Everyone who goes to midnight Mass is half-cut anyway,” he added.

Subsequently, the BAI received 11 complaints saying that the remarks were “hurtful and offensive”, “a gross mockery of something that is sacred to members of the Catholic religion”, and “crossed a line into not merely gratuitous offence but sheer nastiness, hatred, and contempt for the Roman Catholic faith and for those who sincerely profess it”.

One complainant, Fr Gerard Ahern, added 400 letters of complaint from his parishioners to his submission.

Rejecting the complaints, the BAI said it was “legitimate for a panellist to articulate their own personal views”.

“In this instance, his views dealt with a religious tenet which rests on a belief in the real presence of Jesus Christ in the Eucharist, a belief which may be difficult to reconcile for those who hold other religious beliefs or no religious belief and one which the panellist did not appear to hold,” it ruled.

In its ruling, the BAI advised RTÉ “to have regard to the committee’s view” in respect of Ryan Tubridy’s misjudging of the incident which may have compounded the matter.

“The degree of offence may have been minimised if the presenter had demonstrated greater sensitivity to the potential for offence.”

RTÉ told the BAI that the Rubberbandits’ comment and their comedy, was “designed to provoke thought and not to be pointlessly offensive”. 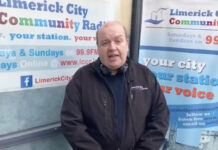