Former Munster and Ireland full-back Felix Jones is expected to fill in for Erasmus while the IRFU search for a permanent replacement at head coach and Director of Rugby.

Current Director of Rugby, Rassie Erasmus will be returning home to South Africa in December and is expected to speak with the media for the first time since it was announced, this Wednesday at the Guinness Pro14 launch in Dublin.

With no coaching appointments made as of yet, the IRFU are set to appoint Felix Jones as an interim head coach until the interview process has ended.

The bookies favourite for the job is currently former England forward and Ireland defence coach Andy Farrell. The former rugby league star is already an IRFU employee and would be seen by many Munster fans as an ideal fit for a head coaching role with the province.

Two new names have reportedly been added to the shortlist, the first being Western Force coach and South African native David Wessels, who could be out of work this season as the Western Force are being axed from the Super Rugby league.

The second new name in the mix is current Bath coach Tabai Matson who is currently working for Todd Blackadder at the English side.

You can read similar stories in the LImerick Post Sports section 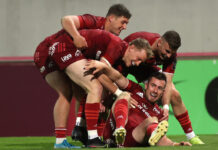 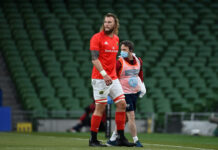 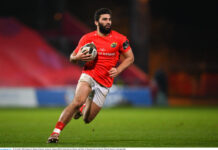