Opened last December, in collaboration with the Limerick Homeless Action Team, the temporary emergency provision on Lord Edward Street caters for homeless people who cannot access existing accommodation in the city due to capacity.

According to Novas’ communications manager Una Burns, this service supports 20 individuals on a nightly basis and has been at capacity almost every night since being opened.

“Last Thursday night 26 people presented to the service and while it is not unusual for demand to exceed capacity, this was one of the highest numbers to date,” Miss Burns explained.

“This is unusual for summer months and we are concerned that there will not be sufficient accommodation in the city coming into the autumn and winter months,” she said.

In 2016, the voluntary homeless service provider provided support for 45 per cent more people than in the previous year. In Q1 of 2017, the figures increased by a further 27 per cent.

Sinn Fein TD for Limerick City, Maurice Quinlivan takes the view that the government’s approach to the housing crisis is simply not working.

“This is the tragic reality for so many individuals and families across Ireland. The latest figures available show that there were 7,941 people homeless in June, 2,895 of these were children,” Deputy Quinlivan told the Limerick Post.

“These children are going back to school this week, and will have to deal with incredibly difficult situations that will bring because of their circumstances. When their friends or teachers ask where do they live, what do they say? Or when they try and explain why they can’t invite back friends to play at their house.”

“Despite evidence of thousands of vacant houses lying empty around the country, Fine Gael has failed to introduce measures to bring these houses into use.

“Massive rent prices are forcing people out of their rented accommodation and into homelessness, and Limerick is still not designated a Rent Pressure Zone. The Simon Community recently published a report on the chasm between Rent Supplement and HAP payments and prices being sought for housing. In their study only one property in Limerick was within the limits for the state assisted housing payments.

“The fact that emergency accommodation centres are full to capacity is evidence of this failure. Novas do a great work, but they can only work with the limited resources they have,” he concluded.

Politicians should work together to end homeless crisis 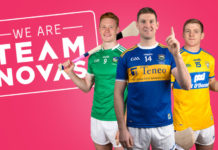 Homeless children living in hotels have difficulty chewing and swallowing

More than 1,000 children looked for help from Limerick homeless agency

Number of children homeless in Limerick continues to rise