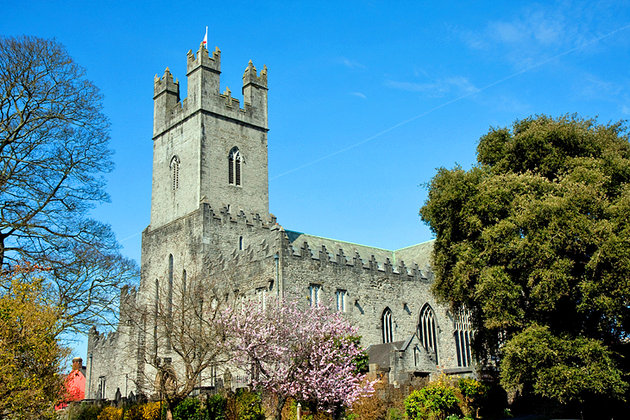 WITH overall visitor numbers to Ireland on the rise, hoteliers have warned that the drop in visitors from the UK needs action.

Irish Hotel Federation (IHF) Shannon Branch chairman Brian Harrington said that the growth in domestic tourism was particularly encouraging but he warned that the bite of Brexit is being felt.

Mr Harrington was commenting on the continued fall in UK numbers, as represented in the latest CSO figures.

“Many of the consequences of Brexit are largely outside our control, so it is imperative that we mitigate the risks and potential damage where we do have some control over our destiny,” he said.

Tourism now supports 7,500 jobs in Limerick and contributes €279 million to the local economy annually. The county has seen an increase in overseas visitor numbers of 236,000 since 2010.

With Britain serving as the country’s nearest and largest tourism market, concern has been raised that visitor numbers dropped in the first seven months of the year by almost 140,000.

The number represented an overall six per cent drop on the two million visitors to Ireland.

Brexit and a weakening sterling exchange rate to the euro have been linked with the fall.

“Continued growth remains a priority and while it is achievable, it requires specific actions. Ireland’s competitive tourism offering will certainly help and this is underpinned by important measures”, the regional boss said as he again encouraged a retention of the 9 per cent VAT rate,” Mr Harrington said.

“We must also continue to invest in product development and marketing”, he added, praising the successful work done on marketing the Wild Atlantic Way.

Despite the drop in UK visitors, the country has experienced a 3.1 per cent rise in overall tourism, largely from North America.

During the Summer months of May, June and July, there was a four per cent increase, year on year.

Representatives from Tourist bodies and the IHF have again urged Government to “take the necessary steps to protect Irish tourism”.

“Our industry faces significant risks associated with Brexit due to the continued economic uncertainty and the marked fall in the sterling exchange rate, with regional tourism likely to be hit hardest.”

Early growth figures in 2017 has now slowed according to Tourism Ireland but groups have targeted lucrative markets such as the US and Asia.

In contrast, Irish residents made 2.37 million trips overseas in the same three-month period representing a 5 per cent increase on last year.

Meantime, tourism industry in the Mid-West is thriving but more needs to be done to promote the region to visitors, a Fine Gael TD has said.

Deputy Tom Neville, a member of the Jobs Enterprise and Innovation Joint Oireachtas committee said: “The number of people employed in tourism in Limerick, Clare and North Tipperary has climbed 2,550 to 18,150 in the last five years.

This is hugely positive for the region, but I know myself that Limerick has the potential to attract far more visitors.”

Limerick, he believes, has so much to offer in terms of history and culture.