SHANNON Airport staff and friends have their eyes on the skies but they are taking to the road on Saturday, September 9 in the hope of raising a healthy four figure sum or more for local charities.
The fourth and now annual Shannon Airport 110km Charity Cycle will see more than 150 cyclists take on a route starting and finishing at the airport and taking in Sixmilebridge, Kilkishen, Tulla, Gort, Crusheen, Quinn and Newmarket-on-Fergus.
The cycle is one of a number of fundraising events from the Shannon Group Charities of the Year programme. This year’s designated Shannon Group charities are Cahercalla Community Hospital & Hospice, Ennis and Home Share Clare.
Other events include the hugely popular Shannon Bank of Ireland Runway Night Run, which was held in June and launched by Everest conqueror and Clare hotelier John Burke. Last year cyclists joined from as far afield as Galway, Kerry, Dublin and Cork.
The cycle begins at 9a.m. and organisers have issued an open invitation to the general public to take part. The first 100 to register will receive a limited edition Shannon Airport gilet and a goodie bag.
Said Pamela Brooks, Chairperson of the Shannon Group Charity Committee: “While some like to go out and push themselves, it’s very much a fun event with most happy to finish out the fairly flat course in their own time.
“The cycle gets great support from staff and from the wider public and we really want to encourage as many people as possible to participate again this year.”
Ms. Brooks said that two great causes “do incredible work on the ground here in Clare and are Shannon Group’s chosen charities of the year. They touch many lives and we would ask that anyone who has reason to support them to join us, in particular, but also the general public. It’s an open event and a great day out.” 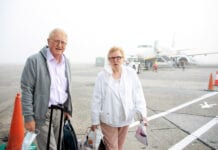 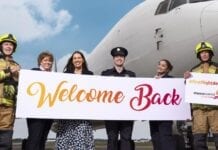