UNIVERSITY Concert Hall has launched its A/W programme, taking audiences into January end with the season closing on The High Kings, January 27.

See www.uch.ie for acts and booking, and key into UCH’s marketing manager Emma Foote here for her pick of concerts. Bear in mind this 1000 seater venue will be host to all sorts of performance from panto (Cinderella) to the Legends of Country to Dara O’Briain.

“In terms of our main events I am very excited about Imelda May,” Emma tells Limerick Post. “We have not had her before and we will have two sell out nights for that, October 24 and 25. We added an extra date some time back, such is demand.

“The RTE National Symphony Orchestra on October 26 will be a lovely night, with Richard Harwood on cello coming to us.

“Then Goldenhair on October 28 is being presented in association with the Richard Harris International Film Festival. We are looking forward to this, a first time with them, which is an orchestral event with Brian Byrne as composer. He has some of James Joyce’s words set to music. There’s a 16 piece orchestra and Goldenhair will have vocalists and the actors Stephen Rea and Patrick Bergin [pictured by Brian McEvoy] who are taking part in the festival. It’s something quite different”.

Emma is keen for UCH to reach all genres of music. “For country fans we have Michael English on October 14 and he is a huge star.

“As with two nights of Nathan Carter on November 30, December 1. This will be a big production with a big band. Nathan is a great performer, very warm and approachable and this will be a real occasion, a really good show. I have never seen queues for an album signing or autograph after a concert as I have for him”.

On to the comedy touch of The Three Amigos on January 18, with amigo Jimmy Buckley from Doon. Anticipate country hits, rock’nroll, ballads and laughs: “Their interaction with the audience is second to none”. Finally, the biggest name of the season, musical theatre and classical singer Russell Watson on  December 8. He is Britain’s best selling classical crossover artist of all time.

“Russell is a huge star now with multi genre shows. This concert will feature songs from his new album, ‘Songs from the Heart’”.

Book while you can on ww.uch.ie, as with all 44 performance dates in this hot and happening programme. 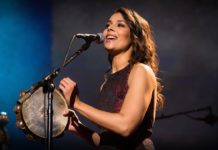 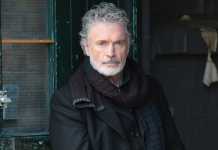 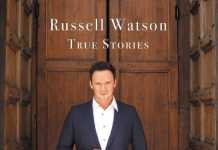 Community choir out there to support Russell Watson in concert?

Imelda May to play Live At King John’s Castle