That was according to research commissioned by Adare Human Resources Management in a survey of 252 companies on the challenges and priorities facing companies.

In an address to HR professionals on the results of an industry wide national survey, attendees at the Shannon Chamber event heard that “conflict is definitely in” as a sharp rise industrial complaints was revealed.

Over 250 companies responded to the research survey that covered more than 50,000 employees.

The metrics of the survey included employee turnover rates and absenteeism levels, and conflict and dispute management during 2016 as well as the emerging trends for 2018.

Derek McKay, Adare HRM managing director, revealed that companies expect to turnover 11 per cent of their total employee count in 2018, with four out of five companies not realising the financial cost associated.

On average, it costs €6,000 to replace an employee and 84 per cent of firms surveyed had not calculated the time or cost.

“We found that some organisations are losing one out of every five employees,” Mr McKay added.

The survey found that employee retention was a major issue for firms with two-thirds of employees the lack of career progression the reason for leaving a job.

19 per cent of those surveyed revealed salary disputes as a reason to leave a firm.

“But what are companies doing to aid staff retention”, Mr McKay asked attendees.

While 17 per cent or firms are engaging in more social events for staff, “one in three firms said that they have not spent any time or effort on employee retention”.

Absenteeism posed a significant challenge for firms and is expected to remain so in 2018, the Adare Human Resource Management led survey revealed.

The average absence rate was 4 per cent with 44 per cent of absences from work being uncertified.

One out of five firms revealed that they did not record absences with almost half of companies agreeing that one month off was considered as a long-term absence.

The seminar went on to discuss the metrics associated with learning and development in the workplace with firms spending an average of 5 per cent of the overall payroll spent on training for staff.

Tommy Cummins, head of industrial relations at Adare HRM said that the workplace landscape of conflict and dispute has changed over the last 12 months with almost 10 per cent of those surveyed saying that a conflict ended up at the Workplace Relations Commission (WRC).

“It is now easier to make a claim at WRC than it is to book a Ryanair flight,” Mr Cummins quipped as he outlined the ease at which a complaint can be made online.

“There is an evolving dynamic in the industrial relations space regarding conflicts and complaints, Mr Cummins said as he advised that companies should always seek professional assistance.

“Conflict is definitely in”, Mr Cummins said as he told attendees that the WRC is now dealing with almost 13,000 complaints so far in 2017, upwards of 3,000 more than for all of last year.

The advise was to “train managers to deal with conflict on the ground so they don’t escalate to the WRC”.

The survey went on to reveal that 18 per cent of workers are becoming more aware of employment rights and that WRC claims are being “piggybacked” on worker’s personal injury claims.

“One in five of these could end up in the High Court”, Mr Cummins said.

Trends of priorities and challenges facing HR professionals for 2018, according to the research commissioned by Adare HRM, included an increase focus on staff retention, recruit resourcing and talent management.

Others cited Brexit and the new GDPR data protection regulations as challenges for next year.

Afterwards, Helen Downes, Shannon Chamber CEO said that training was a key and integral part for dealing with issues.

“We see a commonality in the benchmarking and the increasing need for upskilling and training”, Ms Downes said as she outlined the 2018 plans for training that the Shannon Chamber aims to roll out to its members after Government funding was secured. 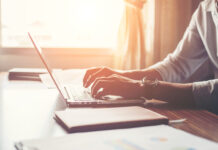 Shannon Companies Sharing Data on their Preparedness for COVID-19 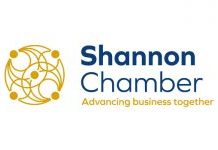 Quality, Reliability and Cost Rank High in Assessment of Sup-Suppliers by Multinational and Larger Indigenous Companies