MORE than 40,000 passengers had to find alternative means of travel in Munster on Wednesday as rail services in Limerick and Cork ground to a halt in an industrial dispute.

National Bus and Rail Union (NBRU) members mounted pickets at Colbert Station in Limerick from dawn as part of the nationwide stoppage in support of their demands for a no strings attached 3.75 per cent pay rise.

John Forde, the NBRU national executive member for Munster, said the pickets were getting a positive response from the public despite the inconvenience.

“People are generally very supportive. They’ve been stopping to talk to members on the picket and some have brought sandwiches and coffees for them”.

It was the first in a series of five one day strikes between now and Christmas.

Irish Rail says it cannot meet the pay demand as the cost of doing so would drive the company into insolvency.

“We have given productivity. Staff numbers are down by 20 per cent and services are up by 50 per cent We’ve taken on more services with fewer staff. That’s productivity in anyone’s language,” Mr Forde told the Limerick Post.

“State funding for railway services has been cut by more than 70 percent and one of the consequences is that workers pay has been frozen for a decade. These cuts must be fully reversed to allow a quality service with cheaper fares.

“Minister Shane Ross and his colleagues should apologise to the public for implementing polices which have made this strike inevitable,” Cllr Prenvilille said.

Meanwhile, Minister Ross renewed his call for both the company and the unions to engage in constructive and realistic negotiations to address the issues.

“I’m calling on them to continue to use the services of the Labour Court and the WRC. It is important for the travelling public – and also for the staff and for the company itself – that public transport continues, and that the dispute is resolved in a realistic, fair and sustainable manner,” he said. 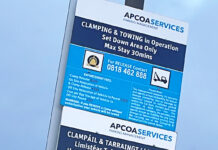 Gaeilgeoirí have to get out of Limerick station faster