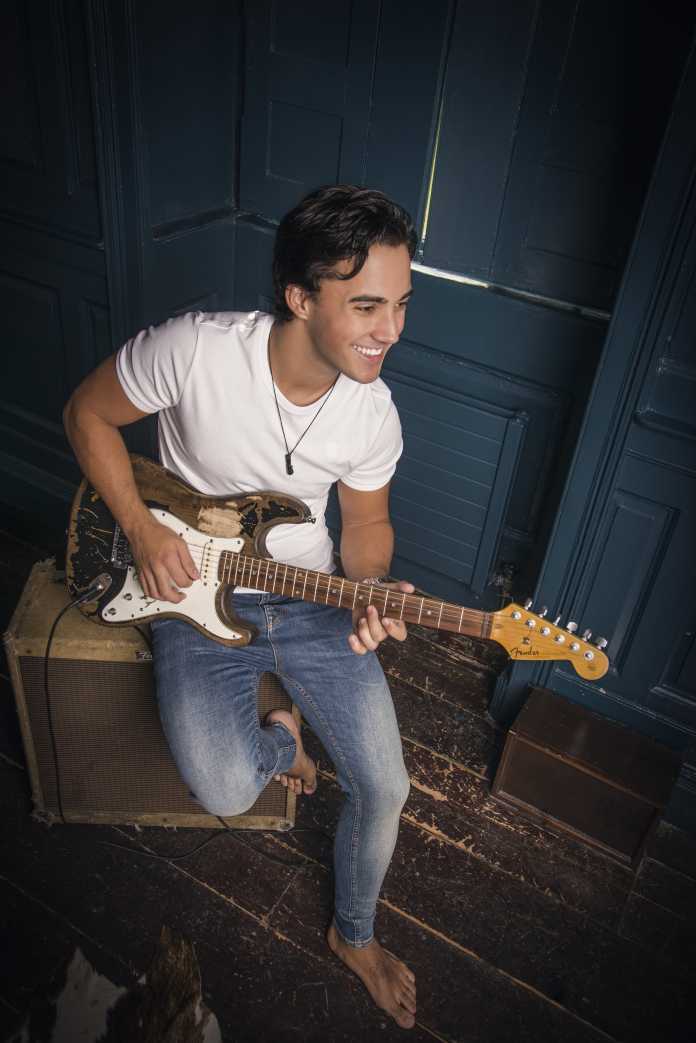 JAKE Carter and his band are rolling into town this weekend. Jake is a younger brother of Nathan Carter, the unstoppable country hit machine.

Jake has had great success with his singles ‘Havin’ a Party’ and ‘Wild & Free’. His country tinged twang and an ear for a good pop song has made Jake an Internet hit with thousands of followers since his launch on national television earlier this year.

Jake, we are told, has made a firm commitment to take the Irish pop scene by storm.

His songs have earned national radio play for the last two single releases and numerous TV appearances as well as securing a top rating weekly TV show, which airs from January 2018.

He has already made the big step into pantomime –  Jake can be seen in ‘Aladdin’ at the SSE Arena in Belfast this Christmas.

The 19 year-old has developed a name for himself as the next big thing and wowed audiences across the country with his energetic live performances which usually end with mobs of teenage girls all trying to get their two seconds with the Liverpool heart throb.

Jake hails from Liverpool but resides in Enniskillen  Co. Fermanagh where he shares a house with his older brother Nathan Carter.

The youngest of three siblings, Jake has been playing music and performing for as long as he can remember. As a child, Jake would play the fiddle and sing with Nathan competing in Fleadh Ceoil’s around the country.

Jake’s first love is pop music and he admires McFly and Busted. Jake has brought his pop music with a lil’ country twist to venues across the country over the past year including the Marquee in Cork, Ballykeefe Amphitheatre, the INEC Acoustic Club and Cyprus Avenue.