Home Lifestyle Entertainment Martin Hayes and Dennis Cahill: the rhythm, the energy and the pulse... 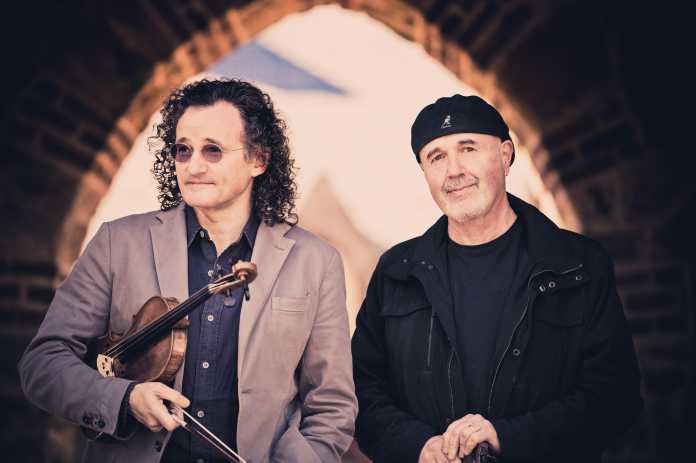 FROM Feakle, County Clare, Martin Hayes learned to play the fiddle from his father P.J. Hayes, leader of The Tulla Ceilí Band. Martin forged a musical partnership with US guitarist Dennis Cahill in the eighties that has developed into a universally recognised force in world music.

Martin and Dennis continue since then to perfect their craft. In Martin’s words, to “sculpt a sound that is somewhat minimal. To strip away anything that obstructs or obscures the melodic line.”

The rhythm and the music of Martin Hayes and Dennis Cahill is what the multi award winning fiddle player calls a “distillation of the rhythm” he came to know in his youth playing for set dancers in  his native East Clare.

“They responded to music in an exuberant, uninhibited, personal and non performance manner that really showed me what this rhythm is. I always try to play as though I am freely dancing and singing at the same time.”

Martin developed this point explaining that alongside his technical playing, he strives to express the melody and the rhythm of every piece he plays.

“The technical side of it is something many, many people can accomplish. It’s challenging, of course, but ultimately the biggest challenge is turning that facility with your instrument and the tune into a more meaningful expression. That is where the big challenge is in a way.”

“So when I am playing the fiddle, I am thinking like a singer, and I’m actually trying to express in a very vocal way the line of melody. I’m very interested in the rhythm, the energy and the pulse of the music. I get my body into the groove of it as well.

“That is where in a sense it feels like singing and dancing in a simultaneous kind of way while you are just playing the fiddle but your body feels like it is doing the actual dancing at the same time too.”

Dennis Cahill’s spare and melodic accompaniment to Martin Hayes’ fiddle is acknowledged as a major breakthrough for the guitar in the Irish traditional music.

Having formed Midnight Court, a jazz/ rock/ fusion band in the eighties, both Martin and Dennis experimented with a variety of new music styles that informed their playing when Hayes returned to his traditional roots.

The duo recorded tunes inspired by the lyrical music of East Clare. Live , they perform long, sometimes 30-minute, multi-tune sets in their concerts

The new album from Martin Hayes Quartet is ‘The Blue Room’ released at the end of October. The album was recorded in Bantry House Cork, the first official recording by the quartet which expands on the musical ideas pursued by Martin and Dennis Cahill.

The melodies of the duo remain central with added sonic possibilities provided by the bass clarinet of Doug Wieselman and the playing of Liz Knowles on viola and violin.

“I met Doug in New York at an Other Voices gig. I would do some collaboration gigs in New York and I often invited him to come along.

“He was someone who worked really well with Dennis so I was always looking for a project that would have him involved.

“Liz Knowles plays classical music and plays Irish music. I was finding opportunities for Doug and Liz to ply their trade, to improvise, put their own stamp on it and create arrangements. I have to be willing to be taken on a journey by these musicians.”

‘The Blue Room’ is out now across all platforms.

Martin formed the Irish/ American group The Gloaming and released the critically acclaimed debut album in 2014.

An album that fused Irish music with modern classical music, it won the 2014 Meteor Choice Prize for Irish Album of the Year, beating the likes of U2, Sinéad O’Connor, and Damien Rice.

The follow up album in 2016 was high on the end of year lists in fRoots, Daily Telegraph and won Best Traditional Album in the Irish Times Ticket Awards.

For this upcoming show expect to hear some old tunes, some interpretations from the Blue Room album from this duo that feels re-energised by the recent collaborations.

Martin and Dennis might also introduce some material that will be in the melting pot for the next Gloaming album. 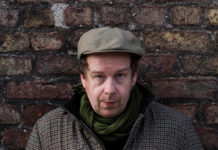