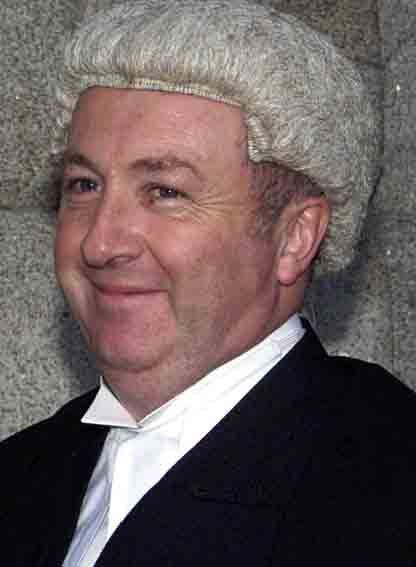 A DOZEN firemen, three fire tenders and two ambulances at a minor car accident on a county road sounded like an “emergency responses to an ISIS attack”, a judge has stated.

Judge James O’Donohue was reacting to the evidence of Limerick Fire and Rescue Sub-station officer John Denning who outlined the standard operating response of emergency services to accidents involving injuries.

He said that although they couldn’t find any damage to either vehicle, they still had to cut two people from a car to follow procedures.

Mr Denning was testifying in a case involving five claimants on a Liberty Insurance policy held by Edward O’Donoghue of Gort, Co Galway, the driver of one of the cars involved in a crash on March 30, 2014 between Clarina and Patrickswell.

One of the five claimants, Daniel O’Donovan of Crowe Street, Gort, was a passenger in Mr O’Donoghue’s car and the other four were Michael and Sarah Jane Quilligan of Altamira Court, Thomondgate; Connie Mullane of Temple Grove, Newcastle West and Nicola Hartigan of Belfield Crescent, Farranshone.

Connie Mullane said that he was out checking horses with his friend and fellow horse dealer Michael Quilligan whose daughter Sarah Jane was driving. Her friend Nicola Hartigan was also in the car and she was four months pregnant at the time.

All four said they were hit from behind by a car driven by Edward O’Donoghue.

Ms Hartigan, who had two previous insurance claims, said that she couldn’t get out of the car because of an injury to her neck. She was taken to hospital and given the all clear the following day.

Sarah Jane Quilligan said that she had three previous claims. After her car was “driven across the road by the bang from behind”, it hit a wall and she was removed from the scene on a spinal backboard.

When Judge O’Donohue asked Ms Quilligan if she had made “quite a career of these identical injuries at just 22 years of age”, she replied that she was “quite frightened, hurt and couldn’t get out of the car.

Connie Mullane said that it was his first time in a car accident, but he had been hit by a vehicle in 2014 as he walked across the road carrying a Christmas tree.

Michael Quilligan said he went to his doctor a few days afterwards but at the time he was more concerned for his daughter.

Daniel O’Donnovan, who was a front seat passenger in Edward O’Donoghue’s car, said that they were also horse dealers and were in the area to meet trainers.

Emmett O’Brien BL for Liberty Insurance said that he was instructed by solicitors Holmes O’Malley Sexton that the people in both cars knew each other. He questioned them about links on Facebook but this was denied by all five claimants.

Judge James O’Donohoe said that he found all claimants to be respectable, decent people and that an air of suspicion had been created by counsel for the insurers.

“You are hinting at something untoward. You can’t have a halfway house on matters of fraud. It’s whole duck or no dinner,” he told Mr O’Brien.

“Because of the atmosphere at the moment with so many exaggerated claims of setups, the courts have to be very careful with claims,” he added.