MINISTER of State Kevin ‘Boxer’ Moran has confirmed that Limerick is now a priority for flood relief defences with €55 million ring-fenced for the work.

Minister Moran, who has responsibility for the Office of Public Works (OPW) and Flood Relief, visited the Mid-West last Friday on the invitation of Limerick Fine Gael Senator Kieran O’Donnell to see the extent of repeated flood exposure.

He met with residents in Corbally, St Mary’s Park, Athlunkard Street, Castleconnell, Montpelier, Annacotty and Mountshannon Road on his daylong tour of Flood affected Areas in the City and Environs. Senator Kieran O’Donnell and senior OPW and Limerick City and County Council officials accompanied him.

“The time he gave to meeting and speaking to flood victims was much appreciated by all. It was clearly evident from his own experience in his hometown of Athlone, that the Minister is very familiar with the devastating impact flooding has on people’s lives,” Senator O’Donnell explained.

“I wanted the Minister to see first-hand the flood impacted areas in Limerick and talk to victims of flooding. This highlighted to him the urgent need for flood defences to be erected here. He confirmed to me that Limerick is now a priority area for flood relief defences and that he and the OPW have ring-fenced €55m for these works to be carried out here in Limerick.”

Minister Moran also confirmed that the CFRAMS report will be published by the end of the year and submissions for Flood Defences in Limerick can immediately be made by Limerick City and County Council to the OPW to get projects underway.

Labour TD Jan O’Sullivan welcomed the commitment by Minister Moran to deliver on the €55 million promised for flood relief in Limerick.

“I am delighted to hear he will honour the commitment by the previous government that flood relief would go ahead by allocating €55 million to the plans. I am particularly pleased that the Minister took the time to meet residents in St Mary’s Park and Corbally and that he was happy and willing to engage with them. We know now that the St Mary’s Park plan will be going to An Bord Pleanála in the New Year,” Deputy O’Sullivan commented.

Sinn Féin TD Maurice Quinlivan also welcomed the Minister’s visit to a number of areas around Limerick that are prone to flooding, and he stressed to the Minister that more work is required in these areas to address ongoing flooding problems.

“I stressed to the Minister that although some work has been completed at a number of these sites, other areas are in need of investment to prevent flooding in the future. In particular I stressed the need for the flood defences at St Mary’s Park to be expedited, as currently work on this project is not scheduled to begin until 2019,” he said.

Deputy Tom is fired up for the challenge

Advance sale of graves could lead to cemetery ‘apartheid’ 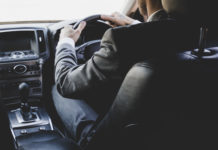