LIMERICK’S SENIOR hurlers donned boxing gloves instead of their regular hurleys last weekend at their ‘Fight Night’ at the South Court Hotel.

The night was a joint fundraising venture with St. Francis Boxing Club, with a view to raising much needed funds for the coming year. Limerick returned to the gym last month and in the last 10 days they have returned to the pitch in preparation for the 2018 season.

“2018 promises to be a very exciting campaign with the new championship format including four guaranteed matches in Munster, two at home to Tipperary & Waterford & two away to Cork & Clare.

“The Limerick senior hurlers are striving to be the best prepared team that they can be requiring excellence in many areas including gym work, pitch sessions, diet, medical, video analysis and much more.” 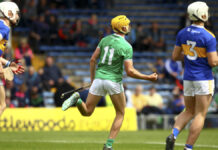 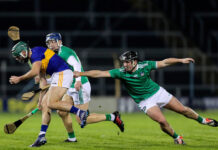 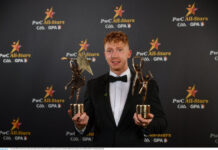 VOTE: Who should make the 2020 All Star Hurling Team