A LIMERICK city councillor has called for a special meeting of the local authority to discuss future use of the Opera Site as the local authority moved to have An Bord Pleanála decide on the planning application associated with the multi-million euro development.

Cllr Cian Prendiville (AAA) said he welcomes the fact that the council brought the Opera site into public ownership and are proposing to develop it.

“For too long this site has sat as an eyesore in our city centre. To have a series of large vacant publicly owned buildings right in the heart of the city has been a source of immense frustration for those on the front line of the housing crisis.

“It has been like looking at an unused stockpile of food during a famine,” he said.

But he added that he is “deeply concerned about the complete absence of any residential accommodation included in this plan. This is despite the fact that when the site was brought into public ownership in 2011, it was reported that it would be “a mixed use development, to include housing, civic and commercial uses. I believe the omission of residential accommodation is a mistake on a number of grounds”.

The councillor said a lack of accommodation will further increase pressure on residential rents in the city and make the housing crisis worse, and will make a ghost-town of the area after 6pm.

“There is already almost 25,000 square metres of office space planned for elsewhere in the city, enough to accommodate 1,500 workers, but there are little or no firm plans for major developments of social and affordable accommodation in the city centre,” he said.

Cllr Prendiville said that the Opera Centre site represents “a great opportunity to provide quality, affordable accommodation in the city centre, making the city a great place to live, work and socialise. While renovating vacant properties in the Georgian Quarter is a key focus, this site could be an important start

“I would propose the council amend this plan to include at least an equal split between office and residential space in this site, as well as including retail, cultural developments and a licensed premise,” he said.

‘I believe this project has a huge potential to breath new life into the city centre and is a great opportunity to provide quality, affordable and social accommodation, helping address the housing crisis and also getting more people to live in the city centre”. 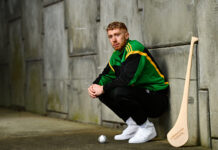