THE Industrial Development Authority (IDA) has appointed a new business and relationship development manager to increase foreign direct investment in the Mid West region over the next three years.

Enda McLoughlin, a native of County Meath now living in Tipperary, joins IDA Ireland with a strong background in sales and marketing having worked in national and international markets.

He replaces Niall O’Callaghan who has taken up the role of chief executive with Shannon Heritage, the Shannon Group subsidiary responsible for its day visitor attractions.

IDA Ireland is targeting a minimum increase in foreign direct investment of 30 to 40 per cent in each region outside Dublin from 2015 to 2019 and with Limerick benefitting significantly from a range of new enterprises, the Mid-West is well positioned to reach or even exceed those targets.

Mr McLoughlin, who will be based at the IDA offices in Plassey Technology Park, brings extensive experience from private industry to his new role with companies such as Ericsson, Meteor Mobile, Tecnotree Corporation and, more recently, in Wren Data.

He holds a Bachelor of Electronic Engineering, along with a Diploma in Applied Project Management and in his spare time coaches underage GAA teams and is a Scout Leader.

IDA Ireland chief executive Martin Shanahan said he was very pleased to announce Enda McLoughlin’s appointment to what is a key role in the continuing development of the Mid West region as a location for Foreign Direct Investment (FDI).

“The region has seen a substantial number of investment wins in recent years and now has a strong ecosystem of both indigenous and multinational companies operating across a diverse range of sectors which we will leverage to achieve further success,” he said.

IDA Ireland’s Head of Regions, Anne-Marie Tierney-Le Roux said they were committed to achieving an increase in the number of investments going into Regions, including the Mid West, and having a dedicated Business Development Manager for the Region with international experience was an important element in driving that.

And the new Regional Manager is relishing the challenge of his new role.

“The region has much going for it but at the same time I know that competition for investment is fierce both nationally and internationally.  I am looking forward to working with existing companies helping to retain, transform and expand while working with IDA’s overseas teams to attract further Foreign Direct Investment to the Mid West” he said. 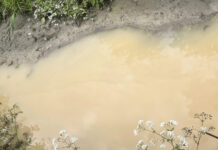 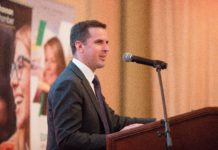 Jobs boost will bring a bright start to new year 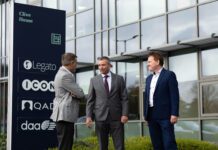 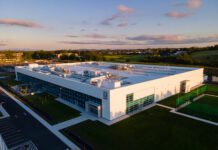