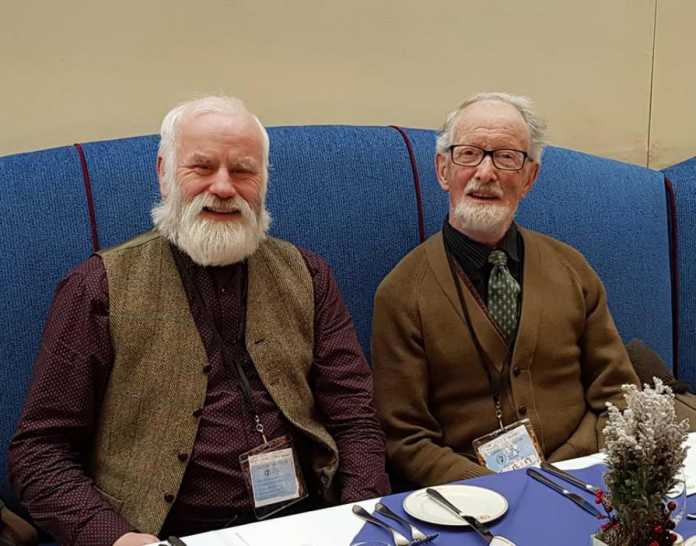 With relations between ourselves and the British becoming increasingly fractious, one would have thought we’d assume an air of indifference when one of their most beloved sons announced plans to marry. Sadly, that hasn’t been the case. Details of Harry’s forthcoming nuptials have been all over our media, both tabloids and broadsheets giving in to temptation and furnishing us with all manner of exciting titbits, the majority focusing on Meghan Markle’s ethnicity, her age, and how svelte she looks in a nice blue dress. Our radio stations have been even worse, segment after segment discussing the couple’s compatibility, the expected guest list, and whether Meg’s frock will be Irish-made.

I thought we were over this now, I thought we viewed the Royal Family as something of a peculiarity, a strange, outdated, British indulgence which proves how out of touch they are, and how morally superior we are. I was wrong. Given our insatiable appetite for all things Harry and Meghan, one can only assume that their wedding will be one of the most-watched events of the year, amassing more viewers than even Brendan O’Carroll’s latest attempt at humour. And yet a far bigger wedding is due to take place on our shores in 2018, a coupling which, although unconventional, is more worthy of our attention than the marriage of a privileged aristocrat and his exotic girlfriend.

That’s unless it takes place tomorrow. Because these two are in a hurry to get up the aisle. Theirs will be a short engagement, a shotgun wedding if you will. Neither participant is pregnant – in fact neither has the required organs to achieve such a condition –  but haste is of the essence. Time isn’t on their side, for more reasons than one. Not only is one of them of an advanced age and of deteriorating health, but right now, as we speak, there are several malicious individuals desperately searching for reasons to stand up at this ceremony and announce that, “Yes, I do know of a reason why these two should not be married.” Thankfully Michael O’Sullivan and his 85-year-old friend, Matt, will almost certainly become husband and husband before anyone can think of a reason why they shouldn’t be, but chances are theirs will be a unique case, a one-off, never to be repeated. By admitting that they are not marrying for love, that the sole purpose of their union is to avoid a hefty inheritance tax, they are sticking two fingers up to the authorities while simultaneously exploiting a legislation which, before it was introduced, had provided us with one of the most divisive referendums in the history of the State.

If you haven’t heard about this story it can be summarised thus: Matt and Michael (58) have been friends for almost thirty years. In recent times, as the older man’s health began to fail him, Michael assumed the role of carer for his friend. In keeping with the expectations of such a role, Michael moved in with Matt, tending to his needs in exchange for a roof over his head. Realising that his years were few, Matt decided to get his affairs in order, drawing up his last will and testimony. He chose to leave his house, located in the salubrious Stoneybatter in Dublin’s Northside, to Michael, a noble gesture, and a worthwhile one given that the younger man had recently found himself homeless.

However, thanks to our stringent laws on inheritance, Michael stood to face a tax rate of 33% on his newly-acquired home, a penalty which would have meant he’d have to sell up in order to pay a bill in excess of €100,000. Solution? Get married. Inheritance tax doesn’t apply to spouses, meaning that Michael would be free to inherit Matt’s home without any interference from the State. Genius, isn’t it? Well, that seems to be the common consensus. But, as ever, there are a few naysayers, people who have questioned the pair’s actions and asked whether their union contravenes not just the holy sanctity of marriage, but also belittles the achievements of those who fought so valiantly to ensure same-sex marriage was legalised in this country.

What those people fail to recognise is that the act of marriage has long since lost its lustre. Irish divorce rates are among the lowest in Europe, but in relative terms they are rising year on year, with 2016 seeing an 18% increase on the previous years figures. And that doesn’t factor in the law which states you must be living apart from your spouse for four of the previous five years before you can be considered for a divorce. Then there’s the thousands of people living in unhappy marriages, staying together for the sake of the kids, until the mortgage is paid, until they can figure out a way of moving in with their bit on the side, their secretary, their paramour, anyone but her indoors. Don’t get me wrong, there’s something eternally romantic about committing yourself to one other person for the rest of your life. It’s the ultimate gesture, an act of love which bears no equal in modern society. But how many people just do it out of duty nowadays? How many men, or women, agree to the big day out merely to appease their other half, realising that they can’t really stay engaged for ten years and expect to get away with it? And, most pertinently, how many couples get married so they can avail of the tax breaks which come with being husband and wife? How many don’t even bother with the expensive wedding, the church, the dress, all that jazz, and go straight to the registry office, turning it into a business transaction which will benefit them both in the long run?

Rightly or wrongly, marriage just isn’t a big deal anymore, and if two men who aren’t in love wish to be wed then no-one can stop them. That they aren’t homosexual and are taking advantage of a law for which many campaigned tirelessly is certainly a point of contention, and I’m not sure how I’d feel about their union were I a gay man who had been denied the right to marry by the Irish state. But it is the State which has forced them into doing this. By imposing a ludicrous rate of tax on something as personal and private as one’s inheritance it has facilitated Michael and Matt’s actions, pushed them towards such a drastic measure.

Instead of pointing the finger of blame at two well-intentioned men, we should be asking why our Government deems it necessary to take one-third of someone’s worldly possessions, their life’s earnings, out of the pockets of the person, or persons, for which it was intended when they die. Is there not something morally egregious about that? Something far more disconcerting than a couple of mates exchanging vows so that one of them will be looked after when the other is gone?

A woman’s work is never done Not long now, lads, just a few days to go. Some of you will already be on holidays, a relaxing weekend ahead before the fun starts on Monday. A lot of you will have nothing bought, be bracing yourselves for a panic-stricken weekend in town, hoping against hope that you can get all your presents in just one shop, preferably Dealz. And then there’s those of you who don’t get any holidays, who bought everything months ago, but are still up the walls with stress, blood pressure reaching dangerously high levels.

According to psychotherapist, Stella O’Malley, many women experience “murderous rage” during Christmas, believing that “the fun is in their hands,” and that they must get everything right on the big day. Dr O’Malley contests that Christmas is very gender-driven, with woman expected to look after all the important stuff; the buying of presents, the cooking of dinner, the sending of cards, while the men content themselves with pouring out the occasional glass of wine and cracking jokes with the in-laws.

She has a point in fairness. I know that when I return home for Christmas I’ll be banned from entering the kitchen until at least St Stephen’s Day. Up to then it’ll be a no-go area, a savoury minefield full of half-cooked birds, coagulating jellies and delicately balanced dishes containing mysterious, maybe flammable, substances which are not to be touched, or even looked at, under any circumstances. On the day itself I’ll sit anxiously in the living-room, listening to the crescendo emanating from her domain, afraid to move, to even breathe, lest I somehow irk her further.

And when, some hours later, all that banging and slamming, that effin’ and jeffin’, results in one of the finest meals I have ever consumed, a culinary masterpiece to rank with the best of them, I’ll make damn sure to tell her how good it was. I suggest you do the same. 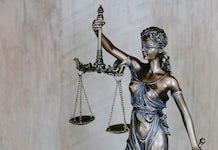 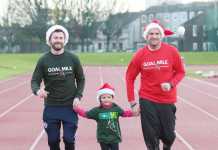