CLAIMS that patients are being denied surgery at University Hospital Limerick because of a shortage of nursing support staff have been denied by hospital management.

A spokeswoman for the University of Limerick Hospitals Group told the Limerick Post that there are no delays and there is no shortage of either theatre or other nursing staff.

The statement is in direct contradiction to claims made by Irish Nurses and Midwives Organization (INMO) local representative Mary Fogarty, who said that their members had alerted them about delays because of a shortage of nurses.

Ms Fogarty has also said that more robust action from management is called for to tackle the constant overcrowding problem in the emergency department at UHL.

The call for a more stringent structure around patient admission and discharge come as the Limerick hospital was revealed as having the highest number of patients – 8,869 – forced to wait on trolleys for a bed last year.

Ms Fogarty, said that it is acknowledged that the hospital needs more acute beds but that “even if those beds were available tomorrow, there is a need for a more robust management system for admission and discharge of patients”.

She said there are “clinical nursing concerns” around access to surgery in the hospital.

Nurses are needed not just in theatre but also for patients recovering after surgery and the INMO has written to the hospital advising them of these concerns, she said.

However in a statement to the Limerick Post, a hospital spokeswoman said: “the number of nursing vacancies at UL Hospitals Group is at an all-time low following successful national and international recruitment campaigns. Staffing in our emergency department has been consistently stable since it opened in May 2017.

“There are no delays to surgery due to nursing staff shortages.  As part of our Winter Plan, theatre closures took place during Christmas week and into early January to facilitate the high number of patients who present to the  emergency department during this time”.

“The numbers presenting to the emergency department at UHL continues to increase year-on-year and of those presenting, the numbers requiring admission, including many frail elderly patients, has also increased.  There has been an increase of 6 per cent in presentations to the emergency department during 2017 when compared to 2016 with total attendances exceeding 67,000, which is the highest number ever recorded.

Meanwhile, Labour Deputy Jan O’Sullivan warned that the much-needed new 96 bed unit has no chance of even going to tender before 2019, because there is “not one cent for it in the HSE 2018 Services Plan. We need an interim solution. Vulnerable people cannot go through another winter like this one”.

And the Irish Association of Emergency Medicine said in a statement on the national figures: “The sense of déjà vu is overwhelming but disappointing, nonetheless.

“Our most vulnerable citizens are being boarded on trolleys, the majority of whom are being warehoused for prolonged periods in noisy, bright, busy, packed emergency departments around the country. We are also seeing children who need a hospital bed being held overnight in emergency departments ; a new and worrying trend that is not captured in any of the official figures”.

Speaking on Wednesday, when there were 677 patients on trolleys nationally, 53 of them in Limerick, INMO General Secretary, Phil Ni Sheaghdha, said: “There is ample evidence which confirms that high  emergency department occupancy is associated with increased in-hospital mortality following admission from overcrowded emergency departments.

“An increase in a nurse’s workload, by one patient, increases the likelihood of an inpatient dying within 30 days of admission by seven per cent.  High levels of burnout have been reported amongst nurses working in overcrowded environments,” she said. 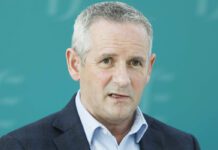 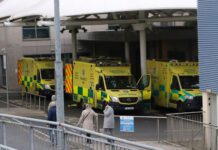 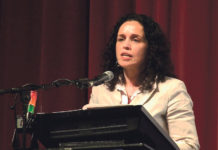 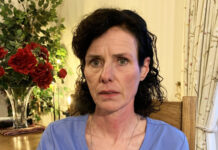 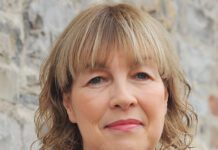