Funding for the planning and design phase of the M20 Cork to Limerick motorway along with cash to start a phase of the controversial Northern Distributor Road is included in the additional €486 million made available under the Government Capital Plan review.

The motorway and the Coonagh to Knocalisheen Distributor road start will be funded along with design/planning work for the N21/N69 Adare to Foynes road.

Transport Minister Shane Ross said the Northern Distributor Road was “critical to the consolidation and regeneration of the Moyross area”.

The M20 was officially given the go-ahead late last year.

In connecting Cork, Limerick and on to Galway in one stretch of high-speed motorway, the road will become the first major transport conduit in Ireland not to terminate in Dublin.

The extra funds will be spent on projects over the next four years and include moving the new bridge at Killaloe on to the construction phase.

The announcement was made on Tuesday, following the conclusion of the Capital Plan Review process, securing €4.26 billion a four-year period.

Limerick Fine Gael Senator Maria Byrne said that enhancing the local roads infrastructure will help improve the lives of Limerick people, as well as making the area even more accessible.

“In addition, a package of extra measures will now be implemented on our road networks across the country including reduced energy usage for route lighting, minor improvement works and community involvement programmes, together with the assessment of potential future projects,” she said. 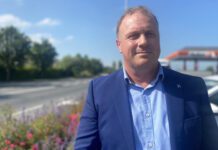 Plans for M20 Limerick to Cork motorway set to be announced 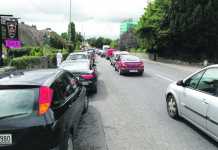 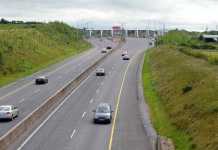 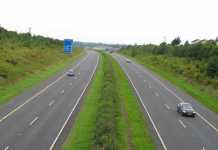