LIMERICK’S hurling and gaelic football teams get their respective competitive seasons underway this weekend against Laois.

John Kiely’s hurling side welcome The O’Moore County to the Gaelic Grounds on Sunday afternoon and he has given three players their league debut.

Seamus Flanagan has been rewarded for some impressive form in the Munster Hurling League by being named at full-forward, while Paddy O’Loughlin also gets a start at left wing-back.

Aaron Gillane also makes his bow in this competition. The Patrickswell forward has already played championship for Limerick, but this will be his first appearance in the league.

Nickie Quaid starts in goal, with Tom Condon, Seamus Hickey and Richie English in front of him in the full-back line.

Diarmaid Byrnes and Dan Morrissey make up the half-back line alongside O’Loughlin. Bruff’s Paul Browne captains the side in Declan Hannon’s absence next to Cian Lynch in midfield.

The game at the Gaelic Grounds on Sunday has a 2pm throw in.

Elsewhere, Billy Lee has also named his football lineup for his side’s trip to O’Moore Park, Portlaoise this evening at 7pm.

David Connolly of Adare and Gerald Griffins’ Jim Liston start after impressing at U-21 level in 2017. Goalkeeper Donal O’Sullivan has been named as captain for the season and Sean O’Dea will serve as vice-captain.

Lee must plan without experienced duo Seanie Buckley and Johnny McCarthy, who both announced their retirements earlier this week. 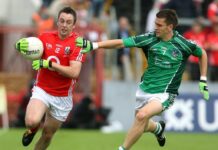