To raise funds for the club our Treasurer Tom Kennedy has set up the last man standing fundraiser, check out the club social media for more details.

It’s that time of the year again, membership is now due and forms are now available from all committee members.

With the clubs 25th Anniversary looming, we are seeking old photographs for digitization, so that a booklet can be compiled.

On Saturday last in Martinstown, our U-21 hurlers had their first championship outing of the year, drawing with Garryspillane on a final score of Ahane 1-13 Garryspillane 0-16. Field and weather conditions weren’t exactly conducive to the spectacular hurling but both teams served up a game which included fine scores and great passages of play throughout. Ahane.

Playing against the wind in the first half, we went in behind at the break trailing 0-9 to 1-2. The combination of a tricky wind and poorly calibrated hurleys after the winter months resulted in quite a few ordinarily scorable first half wides.

However credit must go the efforts of all the players in getting through the work to create the chances in the first place. Indeed the goal came towards the end of the half when Dara Cullimore battled with most of the full back line and keeper to break the ball to Ronan Reale who finished clinically to the net from a yard.

The second half started brightly for Ahane with some superb long range scores narrowing the margin quickly, which included some real beauties from Dan Minihan. Indeed Ahane notched up 11 points in that second half but couldn’t find the magic score to go ahead before the referee called time.

The game was a tough battle throughout with no quarter spared during the physical exchanges, and we had powerful performances throughout the field. It was great to see so many of the younger members start and come on as subs. Seven of last year’s minors panel starting and four coming on as subs. Overall, a point gained and the lads look forward to meeting our neighbours Murroe-Boher on Sunday.

The U-14 footballers and hurlers held their first group training session of the season on Friday last in St. Vincent’s and are eagerly looking forward to the new GAA season and upcoming Feile games.

The U-14 hurlers took on a lively Murroe/Boher team in a hugely entertaining challenge game on Sunday afternoon last on the new astro pitch in Murroe. The squad put in a spirited display over the course of the hour and it was a very worthwhile first hurling game of the season and a super run-out for the players.

A big thank you to the 13 players (including two of the U-12 players) who played and especially to those players who turned up having had games in other codes earlier in the day – well done to Colm, Sean, Gavin, Paddy, Craig, David, Kyle, Jack, Harry, Richard, James O’M, Will and Stephen. A big thank you to Murroe/Boher for arranging this challenge game.

Upcoming Feile fixtures : Hurling 11th Feb – away to Caherline.  Football 18th Feb – home to St. Patricks. The U-10 hurlers will hold their first training session of the new season on Monday next 12th February in Delta (indoors) at 6pm.

A table Quiz will take place on February 9 in O’Dwyers Bar Cappamore and proceeds will go to the Cappamore Camogie Club. Please come along and test your knowledge.

A medal presentation was held in O’Dwyers Bar and Lounge for the senior ladies who won the senior B league in 2017 and the minor girls who won a shield final in November 2017. The medals were presented by All-Ireland referee Fergal Horgan

There was no winner in this week’s €8,350 Lotto Jackpot. The numbers were 2, 11, 18 and 30. The lucky dip winners were Breda Bailey, Willie Ryan, Nora Hanrahan, Breda Fogarty c/o Fogarty’s Bar, Archie Houlihan c/o The Hill Bar. Next jackpot will be €8,400 and will take place in The Welcome Inn on Mon 12th February. Tickets available in The Hill Bar, The Welcome Inn, Meade’s Shop, OPTP, Creed’s, Fogarty’s or from any committee member.

Last Saturday in the opening round of the Premier U21 Hurling Championship it finished all level Garryspillane V Ahane Full Time Score: Garryspillane 0-16 Ahane 1-13.

A small crowd gathered for the opening round of the Premier U21 Hurling Championship Garryspillane V Ahane, which was at times intense but still an entertaining tie between the two sides. Garryspillane led (0-9) to (1-2) after a lively opening half where Garryspillane picked off some good points in wintry but calm conditions at Kilbreedy.

The intense weather conditions had done no real harm to the surface. The defensive efforts provided by a number of players on both sides was noticeable. Ahane took control after the restart and were beginning to gain the upper hand in proceedings and drew level by the 58th minute but the game finished all level Garryspillane 0-16 Ahane 1-13.

Garryspillane U-14’s play the first round of Feile na nGael this Sunday evening in Knocklong at 3.30 against Cois Laoi Gaels. You support would be greatly appreciated.

Well done yet again to all our participants, we are delighted with the turnout of people taking part in the Operation Transformation. Monday night saw a great warm up before the walk, this will take place at 6.45pm next Monday, it is always important to get in a warm up and cool down after exercises and the warm up on Monday night showed it can be great fun.

Well done to everyone who is taking part in the ‘1000lb Challenge’. With the 33 members present the total weight lost was 4stone, 4lbs with 2 members losing a fantastic 6lbs each. The aim of the ‘1000lb Challenge’ is to lose weight and get fit, you don’t have to be the top looser once you are loosing the pounds is the way to go and keeping it off it the next challenge.

Weigh in will take place next Monday from 6.30pm. We are delighted to say that the charity contribution is over €700, at the end of the 8 weeks we will be announcing the chosen charity for all the donations. Thank you to everyone for their support.

Men on the Move

This well attended program for men made a great return on Monday night at 7.30pm and Wednesday night at 6.30pm. Well done to all the men who have benefited from this great Healthy Club and Limerick Sports Partnership exercise. A women on the move will be rolled out shortly with a date to be confirmed.

We are looking for the last of your bags to be dropped into the club by February 12. You can drop your bags of clothes, curtains, bed clothes, shoes, bags and belts at the back of the clubhouse under the canopy. We are thankful for all the bags that have been dropped already. Thank you.

Please note a Child Welfare/ Safe guarding course will take place on Thursday 8 March. Every coach needs to attend but places are limited so please book early through Trish Barry on 087-2033474.

On Saturday 3 February in Mick Neville Park saw our first competitive match of the year. Unfortunate for us it did not go our way. While we only lost by 5 scores these did add up to 13 points. We are next out on Monday 12 February when we play Na Piarsaigh in Rhebogue at 8pm before a break until April.

Would you be available to administer First Aid if required at matches? The club are currently looking to seek members who have attended a First Aid course to put their name forward to help at matches. Please contact Brian O’Halloran [email protected] with your details. Thank you.

Following our recent AGM the following have been elected as Club Officers for 2018:

New club gear is also available via O’Neill’s online shop. Perfect present for those with birthdays coming up. For more info visit the following link https://www.oneills.com/shopby-team/gaa/ireland/old-christians.html or contact any member of the committee.

Training continues for all junior and intermediate players in Claughaun on Monday’s and Wednesday’s at 7:15pm.

Our U-21 hurlers Southside Gaels get their season underway this weekend with a game against Ballybrown in the City Championship. Throw in is at 3pm.

The U-21 hurlers made a superb start to the County Championship with a comfortable win over Na Piarsaigh. The Caherdavin side struck two early points before Patrickswell settled into the match. With fifteen minutes gone, the ‘Well had turned over the deficit to establish a 1-3 to 0-2 lead.

The remainder of the first half was competitive as Darragh Ahern’s goal and Jason Gillane’s point were countered by three Na Piarsaigh points. The half-time score in Rathkeale was 2-4 to 0-5 to Patrickswell.

The initial exchanges of the second half were finely balanced as both teams tacked on two points apiece. Patrickswell held a five-point lead at 2-6 to 0-7 after forty minutes and were worthy of the lead. There was no reduction in tempo as the ‘Well wrapped up the match with five additional points. The result was a 2-11 to 0-8 triumph for Damien Gillane’s outfit. 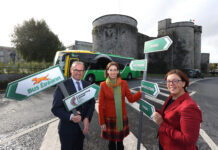 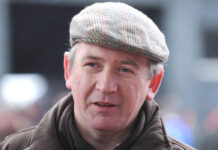 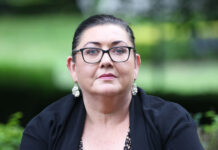 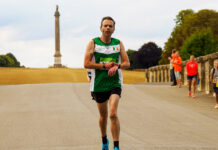