COUNCILLORS in Newcastle West have hit out at the local authority over its management of the Housing Department in County Limerick this week deeming its current service a “disgrace”.

Speaking at a special meeting to discuss housing in the district on Tuesday, local representatives expressed their disappointment at how the department was being run in the West of the county.

Fianna Fáil councillor Francis Foley called upon Limerick City and County Council to upgrade the heating systems in its stock of social housing in the district. He maintained that the storage heating which was currently been used in many cases was proving too expensive and ineffective to run because of inadequate insulation.

Cllr Foley called on the council to apply for government funding as a matter of urgency to upgrade their housing stock to solid fuel heating throughout the county.

Sinn Fein councillor Seamus Browne supported Cllr Foley’s proposal. He pointed out that many of the council’s social housing units have no insulation and urged them to rectify this issue. Cllr Browne also called on the council to take the lead in renewable green energy.

Fine Gael councillor Liam Galvin suggested that the district’s housing department be moved back out to the local offices in Newcastle West. He claimed that there is too many people involved in the process of housing tenants.

“The left hand doesn’t know what the right hand is doing. There’s too many layers of bureaucracy,” Cllr Galvin declared.

Party colleague Jerome Scanlan was equally irked. He agreed that the Newcastle West municipal district would be better served if it got “some of the control back” in dealing with its own housing issues. He maintained that the local authority was ignoring County Limerick, West of Adare.

“West Limerick is on the hind tit,” he commented.

Cllr John Sheahan (FG) also felt the district would be better served if the Housing Department was moved back out to Newcastle West.

“We should explore the idea off taking charges of housing issues in this office. The staff is here,” he said.

Meanwhile, Fianna Fáil councillor and local auctioneer Michael Collins claimed that the council was not sufficiently maintaining its housing stock and said they should be properly maintained at the same level as property in the private rental sector.

Director of Services for Newcastle West, Gordon Daly told the councillors that there “feedback was useful”. He also pointed out that with a housing stock of 5,500, much of which was older stock, the extent of the challenge ahead was significant, especially without sufficient funding to carry out upgrading works. 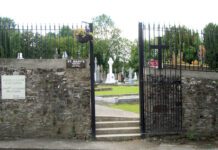 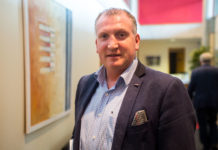 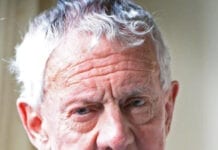 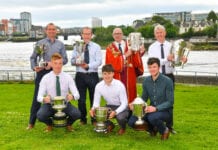