THE PLIGHT of the 99 women who gave Limerick addresses when they travelled to the UK for an abortion in 2016 was highlighted at the biggest St Patrick’s Day Parade in Britain last Saturday.

And the 40,000 Irish citizens living in Britain were called on to come home and vote in the abortion referendum.

Limerick was represented in Sunday’s parade in London as part of the London-Irish Abortion Rights Campaign entry, titled “Behind every great county …”

Breda Corish, originally from Doon and now living in London, represented Limerick and said, “I’m so proud to represent Limerick in London’s parade and say that behind every great county in Ireland there is a number we will no longer ignore”.

Last January, Health Minister Simon Harris read into the Dáil record the number of people from each county who travelled to Britain for an abortion in 2016 saying, “These are not faceless women. They are our friends and neighbours, sisters, cousins, mothers, aunts, wives”.

The group is also behind the #HometoVote campaign calling on eligible Irish voters abroad to come home to vote in May’s referendum on repealing the eighth Amendment.

A look back at St. Patricks Day Parades in Limerick 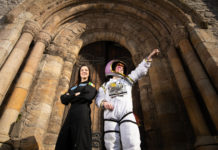 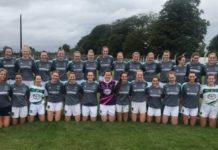 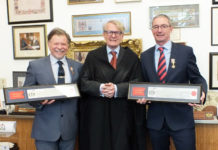