THREE special investigators have been appointed by Children’s Minister Katherine Zappone to examine the circumstances surrounding the State involvement in a child sex abuse scandal, the Limerick Post can reveal.

The review will be carried out by a panel of three experts. It will be Chaired by Special Rapporteur on Child Protection Dr Geoffrey Shannon, and include Suzanne Phelan, Child Welfare Consultant, and retired Chief Superintendent Pádraig Kennedy nominated by the Minister for Justice and Equality.

The investigation is understood to be centring around the involvement of Tusla, the Child and Family Agency, in its handling of victims at the centre of a suspected Mid West child exploitation scandal that came to light last year.

Upwards of 15 children, across an extended family network, are believed to be the victims of the some of the most horrific paedophilic abuse, neglect and exploitation in the history of the State.

Earlier this month, 11 people, including six women, were arrested as part of a wider Garda investigation but they were all released without charge as Gardaí continue their probe into the shocking details that emerged from the interviews.

Some of the children were found to be in such a state of neglect that emergency treatment and extensive medical care was required. All the suspected victims are now the subject of court orders for the State to provide them with statutory care under the Children’s Act.

In the days after the arrests were made, the matter was raised in the Dáil by Fianna Fail leader Micheal Martin who said that the matter was “deeply shocking” and raised the prospect of an inquiry to determine that every measure was taken at the earliest possible opportunity to ensure the safety of the children involved.

The Limerick Post understands that the special investigator appointed by Minister Zappone’s office will concentrate on Tusla’s involvement in the cases from when the allegations first emerged.

On Wednesday night, Minister Zappone said: “There have been some media reports and public comments about a complex and unusual case of severe neglect and alleged child sexual abuse. Tusla, the Child and Family Agency and An Garda Síochána have been closely involved. Other State bodies have also been involved to some extent.

“I, along with my colleague, the Minister for Justice and Equality, have been briefed extensively on this case. We have agreed that while there is no evidence of any serious mishandling of the case by either Tusla or An Garda Síochána, due to the complexity of the current case it would be good practice to arrange for a short, focused independent ‘Serious Incident’ review of the actions to date.

“The independent ‘Serious Incident’ review will examine the management of the case including the inter-agency activity and co-operation which primarily involved Tusla and An Garda Síochána. The primary purpose of the review is to ensure that any learning which may arise is captured at the earliest possible opportunity and informs future work.

“I am assured that all the children identified as victims of this abuse have been taken into care. No specific details of the case can be discussed and I am conscious that it is illegal under the Child Care Act, 1991, to publish information that could lead to the identification of a child in care.”

Both Ministers are conscious that it will be important to ensure that this non-statutory review does not risk prejudicing the on-going investigation and criminal prosecution. With this in mind, the Special Rapporteur on Child Protection, Dr Geoffrey Shannon will assist with drafting the terms of reference. The Terms of Reference will be subject to the receipt of advice by the Attorney General’s Office before they are finalised.

It is intended that the review will be completed as soon as possible after terms of reference have been agreed. The Review Team will submit a report to the Ministers for Children and Youth Affairs and Justice and Equality. A further update will be provided to the Cabinet at that stage. Publication of the review will be considered in due course and will be subject to legal advice. 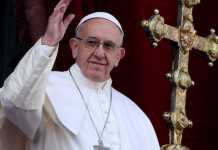