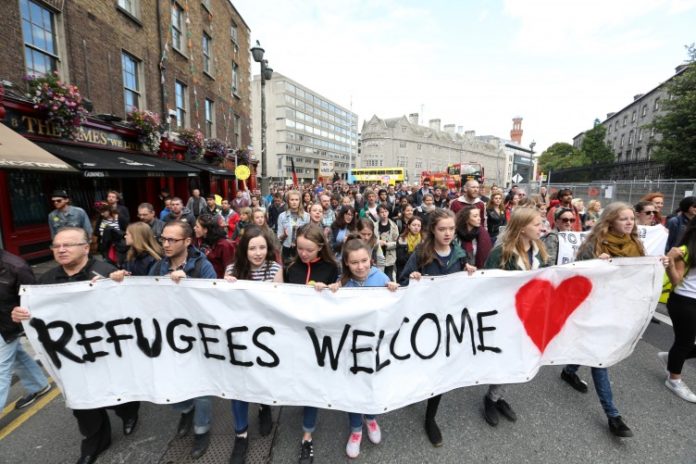 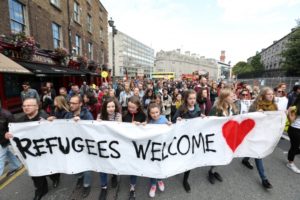 It’s one of the strange quirks of Irish politics, how, at any point in time, we have approximately half a dozen major parties all with broadly similar ideologies.

Sure, Fianna Fáil might disagree with one of Labour’s main policies, the Social Democrats might fall out with Sinn Féin, and Fine Gael might bristle at Richard Boyd Barrett’s latest sermon, but by the by, and certainly when compared to central Europe, our parties are all pretty much the same.

The lack of a bona fide left-wing party has been partially addressed by the rise of Solidarity, but even they are on the conservative end of the spectrum, more socialist than out-and-out radicals.

The rest occupy the centre, some tippy-toeing to the left, others to the right, but none shifting too far lest they unsettle nervous voters. And on the right? No one.

Renua had a go, espoused a few neo-liberal ideals and were promptly bombed out of government, left licking their wounds in that strange netherworld were defeated parties go to die.

Yet all over Europe, the right, the far right, the alt-right, whatever you want to call it, is on the rise.

The Brexiteers, Marine Le Pen, Alternative for Germany (AfD), Fratelli D’Italia, have all made a significant impact in their respective homelands. And that’s just the big countries. Poland, Hungary, and much of Eastern Europe, are now governed by right-wing parties with strong nationalist ideals and, more pertinently, strong views on immigration.

Because that’s the crux of the issue here: people in Europe don’t want any more foreigners crossing their borders.

Meanwhile, here in Ireland, we do our usual thing, portraying ourselves as a happy-go-lucky bunch of islanders, eager to please, and eager to get along with everyone. A right-wing party, here? You must be joking? We’re far too liberal for that, sure didn’t we vote in the gay marriage? 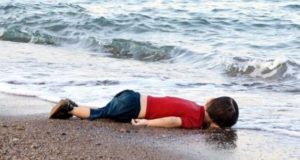 But the facts don’t lie. Despite promises to the contrary, we’ve taken in but a few thousand Syrian refugees since that picture of Alan Kurdi went viral, a few hundred here, a couple of dozen there, local politicians rolling out the welcome mat, perpetuating the lie.

Because is it a lie. We’re not who we say we are. We’re not the land of a thousand welcomes, far from it.

The only reason we don’t have a right-wing party hoovering up votes is because our immigrant intake remains so low. Wisely, our elected officials aren’t too bothered about the plight of those seeking asylum in Ireland, recognising that devoting any time or resources to the needs of non-nationals wouldn’t play well with voters.

The homelessness epidemic, the trolley crisis, the spiralling cost of renting, they’re the issues we’re interested in, that’s the stuff we listen out for when deciding who’s our number one. If you’re a migrant in Ireland, you don’t really have anyone fighting your corner, certainly not anyone from our major political parties.

And this is reflected societally, where new research has shown that Irish attitudes to immigrants are now worse than the European norm.

Entitled ‘Attitudes to Diversity in Ireland’ the study found that our outlook on immigration is characterised by our economy, with acceptance rising during the boom and then plummeting during the worst years of the recession. So, in other words, if we’re all working and making money, then we’re more than happy to welcome new visitors to this country, but once things get hard our attitude hardens too: Ye can stay, so long as you don’t take my job.

The study also illuminated the inherent racism in Irish society. Whereas immigrants of the same race received support from 58 per cent of respondents, that figure dropped to 41 per cent for Muslim immigrants, and to 25 per cent for members of the Roma community.

Poles, Eastern Europeans aren’t too bad, but people from the Middle-East, from Africa? Hmm, we’re not so sure. And don’t even get us started on the Romans. 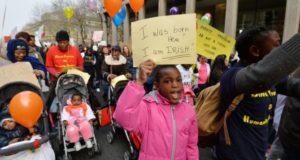 You could argue that our stance is tempered by the contribution made to society by immigrants, the widely-held belief being that the majority are here to take advantage of our welfare system and have no interest in working or seeking gainful employment.

But is it not a case of the chicken of the egg?

Do we not need to be more welcoming, more supportive, if we wish newcomers to integrate successfully?

Arriving in a new country, having left everything you know behind, is a daunting prospect for anyone, but to be then placed in direct provision, containment camps, while your application for asylum is processed, has a dehumanising effect, the stigmatisation beginning as soon as these people arrive on our shores. The average length of time spent in these centres is two years, at which point immigrants, if granted asylum, can move on to the next stage of form-filling and bureaucratic red-tape.

A new act, permitting asylum-seekers to apply for work, was seen as a way of alleviating the poverty many of these people live in, but the fine print reveals that any potential position must have an annual salary of at least €30,000, that applicants must pay as much as €1,000 for an employment permit, and that up to 60 sectors, including childcare, food, and construction, are off limits entirely.

In short, we don’t make it easy for people who come here. But maybe that’s the way it should be. Perhaps we’re right to be on high alert, to set such boundaries in place, to be mistrusting of those entering a country which, until recently, was somewhere most of us couldn’t wait to get out of.

That’s another argument, one from the other side of the coin; that as a nation with a storied history of migration, we should be more open to receiving guests. The counter-argument goes that Irish people have always gone abroad in search of work and that we would never drain the State like these interlopers are. But perhaps the reason we’re able to attain work, get jobs, is down to the colour of our skin, and the fact it invariably matches that of our hosts. That we’re so downright loveable and charming works in our favour too.

I’m not banging the drum for an increase an immigration, demanding that we open our borders and embrace those in need of refuge. But I am attempting to debunk the myth of the open-minded Irish and pointing out an uncomfortable truth: that racism is alive and well in this country.

In true Irish fashion, ours is a kind of silent racism, something we keep to ourselves, only daring to express it when in the company of those we trust. Rarely does it manifest itself in public, incidents where minorities are targeted because of their ethnicity are, mercifully, rare.

But it’s there alright, and were our intake of immigrants ever to rise, the right would rise with it. We would have ‘Ireland First’ parties, white nationalists, and Irexit campaigns based on border controls. We would be just like Britain, just like France, and just like Italy.

To think otherwise is to be deluded.

It’s never too late to change your mind 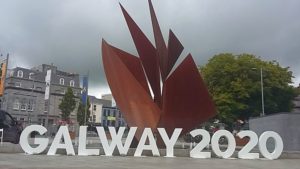 It was one of the sadder days in Limerick’s recent history, an uncharacteristically bright summer’s morning which brought with it some dark, dark news. July 15, 2016; the day the dream died, the day it was announced Galway, and not Limerick, would be the European Capital of Culture (ECC) for 2020.

Coming hot on the heels of census results declaring Galway the nation’s third largest city, it was a bitter pill to swallow, and, for a few days there, the mood around Limerick was sombre at best. The victors gloating all over social media, trotting out the usual tiresome stereotypes, merely added salt to the wounds.

News that Galway County Council is struggling to fund its upcoming stint as Capital of Culture should be cause for concern regardless of where your loyalties lie, but we wouldn’t be human if we didn’t take at least a little pleasure from their predicament.

It’s like when your ex leaves you for someone else and the relationship fails spectacularly. You try to be the bigger person, pretend you’re above it, but secretly you’re revelling in it, praying they’ll send a text begging for forgiveness so you can tell them where to go.

It’s unlikely that the ECC judging panel will realise the error of their ways, ditch Galway, and extend a conciliatory hand in our direction, but if they do we’re ready and waiting. Not only are we still as cultured as we were in 2016, but we didn’t even bother taking down our 2020 posters. 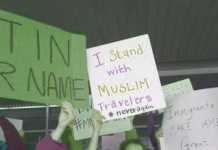 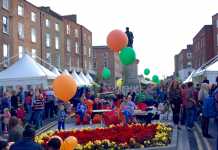 #WATCH Thank you #Limerick as 2020 bid party hits the streets