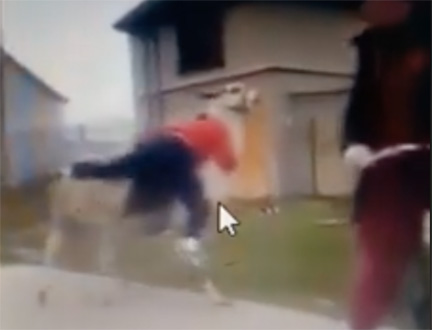 A VIDEO of a llama being led around a city housing estate has prompted Limerick Animal Welfare to urge members of the public to report the incident to the local authority.

This week, a video emerged on social media of a number of males leading the llama around Kings island before then lunging it off a rope in a disused area of land.

UPDATE..Reported to the authorities and currently being investigatedLimerick Animal Welfare are receiving a huge number of complaints about this video of a Lama on the Island Field.

“Limerick Animal Welfare are receiving a huge number of complaints about this video of a Lama on the Island Field. Please report to the cruelty officer on 1890 515515”, their facebook post read.

It is understood that the matter is under investigation by An Garda Siochana as well as the the relevant departments with the local authority.