Broadcaster Ryan Tubridy officially launched this year’s One for Ireland initiative taking place this May Bank Holiday weekend (4 – 7th May).

The charitable movement, backed by the Irish Youth Foundation, will see over 800 retailers across Ireland ask customers to add €1 to their bill when they pay at the till in aid of the 3,700 young people without a home in Ireland.

Joining Ryan at the launch was 28 year old Kate O’Loughlin from Limerick who was living in hotel accommodation with her four children until Novas, a voluntary agency that works with disadvantaged families, secured a house for her family. Her fifth child, ten-week old baby Michael, missed being born into homelessness by just one day when she was told she had secured a house while in labour.

She said “I got very depressed and was crying all the time because of the effect on the kids. Novas became my family and helped me through the process of finding my home when I had a premature baby. It felt great to be able to cook, clean, shower and wash our own clothes.” Novas is one of seven charities that will benefit from all funds raised this weekend.

Speaking about the initiative, Niall McLoughlin, CEO, Irish Youth Foundation added, “The money raised from this campaign will specifically tackle the problems associated with youth homelessness, which is now at crisis level with over 3,755 young people in emergency accommodation. I would like to sincerely thank all the retailers who are participating from Friday to Monday and encourage everyone to give One for Ireland this May Bank Holiday weekend!”

All funds donated in each area will be used to improve the lives of homeless children and young people living in seven regions throughout Ireland. The seven charity beneficiaries include Focus Ireland, The Simon Community, Irish Refugee Council, Sonas Domestic Violence Charity, Barnardos, Novas and Merchant’s Quay Ireland. 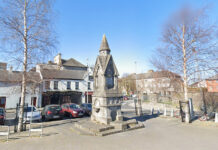 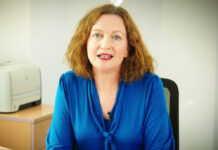 Homes for people with mental health difficulties being sought in Limerick