STEPS, the UK dance pop act of the late 90s have cancelled their Thomond park concert “due to unforeseen circumstances”.

The news broke this Friday that the July date had been withdrawn from their Summer tour schedule, something that was “beyond the control of Steps and the venue”.

A statement issued by the concert bookers said that “all ticket holders who purchased a ticket for the Limerick Thomond Park concert will be entitled to a refund and will be contacted by their point of purchase to process these ticket refunds”.

In 2011, the UK dance pop act reformed and began touring for two years as they produced a Sky Living documentary while releasing a studio album.

In January 2017, the group reformed again and toured the Summer of Steps Tour which included a date in Limerick. 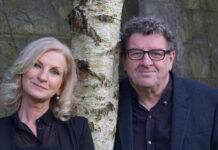