WITH just eight weeks until takeoff for the fifth Foynes Air Show, event organisers have revealed that 14 daring and iconic acts have already signed up to take part in this summer’s spectacle.

The Foynes Air Show will take place on July 28 next forming part of the #AviationIreland weekend, which includes the Bray Air Display in County Wicklow.

Flying high on the success of last year’s event, the 2018 line up in Foynes will include shock and awe displays from Europe’s most skilled military pilots, breathtaking aerobatics by Ireland’s most experienced aviators, as well as a fly-pass by some of the world’s most historically significant aircraft.

Among the highlights this year is the Wildcat Aerobatics – one of the most exciting acts on the air show scene. Displaying close formation aerobatics and precision synchronised flying in the iconic Pitts Special biplane, the Wildcats have developed an exciting choreographed air show act that combines a graceful mix of balletic, close formation aerobatics and high speed opposition passes where their closing speed is in excess of 400mph.

Familiar individual never-to-be-missed solo displays will include the “The Flying Dentist” Eddie Goggins and Gerry Humphries onboard his “Flying Cow” Vans RV7.

These award-winning daredevils are renowned for mind-boggling displays in modified aircraft and have become favourites among the Foynes fans.

Foynes Air Show is not only made up of high energy, exhilarating displays, this popular annual event also pays homage to its internationally recognised aviation history.

Spectators will be transported back to the golden era of aviation when the Catalina Flying Boat PBY-5A returns to Foynes to celebrate its 75th birthday.

The iconic DC-3 aircraft will add an element of graceful beauty to the ‘Shamrock 1942’ display while the Irish Historic Flight Foundation, will celebrate Foynes unique aviation history and legacy when Chipmunk and Stearman aircrafts fly across the Shannon Estuary.

Foynes Air Show festival director, Margaret O’Shaughnessy said this annual family event celebrates the unique aviation history of the area, which has also left a lasting legacy that impacts on our community and economy even today.

“The aviation and aerospace industry continues to thrive across the Mid West Region as our reputation in aviation remains strong. Many of the families enjoying the festivities both in the air and on the ground this July 28 will more than likely have a member working in a job supporting this industry,” she added.

The Foynes Air Show will begin at 2pm on the day. 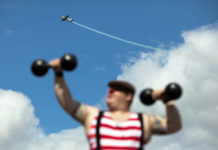 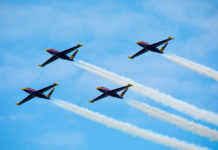 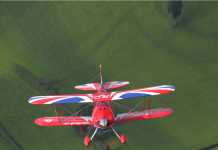 Something special will be in the air over Foynes 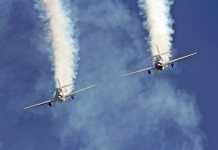 Top woman aviator to take off at Foynes air show