IN his most recent event, Limerick man Evan Cronin has completed a two-way crossing of the Strait of Messina, a swim from the island of Sicily to Italy, and back again.

Swimming the Strait of Messina, without taking into account the currents, which would have moved Cronin in all directions, is a 4.2-mile direct swim. Following a safety briefing on June 6, he met his team again at 9:45 am on June 7 to undertake the swim.

“Currents and wind conditions were stronger than expected but we went ahead. I didn’t come here to go home without trying,” Evan Cronin reflected on his achievement while sipping on a pint of Guinness in Sicily.

Evan described the first crossing as “challenging”, swimming against a strong current and two/three-second waves. He told the Limerick Post, “Coming to the middle of the strait turned into what swimmers know as a washing machine. Yes exactly as it sounds.

“I dug deep and kept my eye on the support boat to make Sure I was on the right direction. Things calmed down so obviously I knew I was close to the end of the first leg.

“A sense of calm – but the realisation that I have to turn around and go back was a little surreal.

“I reached the end of the first leg and stood to my feet and didn’t even look back across the strait, just jumped back in with one aim in mind; finish what you came here to do. Never give up.”

The marathon swimmer says the Strait can be an “unforgiving body of water”. “And turned out to be just that on the way back,” he said. The currents changed direction, wind speeds increased, “the washing machine from the part of the first leg was here to stay,” he noted.

“It really did take grit, strength and focus to keep going,” Cronin said to the Post, “my partner Agnieszka Siczek told me on a phone call the night before, to finish what I started, and never give up without a serious fight. These words really kicked in, and honestly, all I had in my head for an hour while battling the waves and currents.

“I increased my stroke speed as I knew I was going nowhere if I didn’t. My crew were shouting me on as they found it hard to stay in the boat an incredible help and a fantastic bunch of Messina locals.”

As he approached the end of the second leg, the finishing point in site, Evan says the boat couldn’t get to shore “so told me to go alone”. “This is when I relaxed and didn’t care about conditions. I had a sense of pride and just enjoyed the last 20 minutes knowing I done what I came to do.. stood out of the sea.

“Beleive me tired and in pain but still powerful. I knew I done well,” he said.

The swim comes in the build-up to Evan’s goal of swimming the English Channel this September. The mental and physical toll of the return leg, Evan described as being unexpected but says being put in the situation was great training for the upcoming Channel swim.

If he achieves the feat of swimming the channel, Evan’s name will be among a number fewer than that, that has conquered Mount Everest. Though the swim will be tougher than the Strait of Messina. The English Channel is more than five times longer in a direct swim, and the Channel being Europe’s busiest shipping port, Evan will be competing with both natural and man-made conditions.

Resting after his swim, Evan says, “now a Guinness and back to training Sunday when I get home to Ireland with my upcoming six-hour swim in Jersey island in three-weeks time.”

Evan will have to complete the six-hour qualifying swim in Jersey, which will be the make or break point of his two-year journey if he completes the six-hour test he will be in a position to take on the English Channel swim.

You can help Evan raise funds for Make-A-Wish Ireland, and follow his journey on his Everyday Hero page. 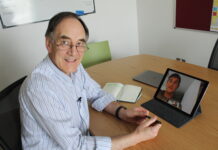 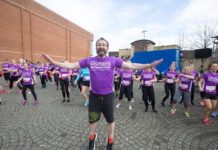