The Frank Mc Court Museum is run by the ever-energetic, creative and passionate about all things McCourt, Una Heaton. The museum celebrates the renowned writer, teacher, and one of Ireland’s most famous, Frank McCourt.

Conor shared a story with the Limerick Post about this cherished family heirloom. The bowl, which is similar in size to a cereal bowl,  is not particularly striking but the story behind it is heart-warming and filled with history.

Conor explained that for a long time that small wooden bowl held the ashes of Angela McCourt, Frank McCourt’s mother. He then went on to explain that he located the grave of Angela’s daughter, Margaret McCourt, who died when she was very young and was buried in a pauper’s grave in New York.

Angela never knew where her child was buried and so was never able to lay flowers at her grave. Conor McCourt carried out some investigative work and located the mass pauper grave where 20 people had been buried – one of whom was the young Margaret McCourt, Frank Mc Court’s sister.

Conor and his family wanted Angela to be with her daughter and so the family lovingly scattered some of Angela’s ashes on Margaret’s grave whilst also decorating the grave with stones from Mungret, Limerick. Angela’s ashes were also spread in Mungret.

Conor and Malachy McCourt generously donated the treasured wooden heirloom to Una Heaton and it is now proudly on display in the Frank McCourt Museum.

Travelling from New York and England, the presence of Frank’s family truly brought Frank McCourt’s spirit to life. The family read excerpts from ‘Angela’s Ashes’ and spoke fondly of what the museum, Frank’s legacy and Limerick truly meant to the McCourt family.

It was very clear from the outset that Malachy and Conor had the dry Irish wit of their uncle as well as the love and connection Frank McCourt also felt towards the city of his youth.

‘I wanted my children to know about their Irish heritage and Limerick in general,’ Malachy explained, ‘Una has done an amazing job. This is my second time in Limerick ever and I feel like royalty here,’ he laughed.

Conor echoed his brother’s words adding that sharing the story of the McCourt family is so ‘important for the next generation.’

The McCourt’s overflowed with creativity. None more so than Frank McCourt’s grand-niece, Gillian. She showed the creativity and emotional intelligence of her grand-uncle when she performed two original songs whilst playing the ukelele. She fittingly performed in front of a beautiful mosaic of her grand-uncle surrounded by a collection of memorabilia such as school books of the 1930’s period when Frank was attending school and old photos.

Una Heaton certainly has preserved the legacy of the great Frank McCourt. Speaking to the Limerick Post at this event, Una ended the day stating that the Frank McCourt Museum ‘is still alive and is rising from the ashes.’ 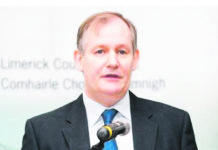 Visiting has been banned at University Hospital Limerick until further notice 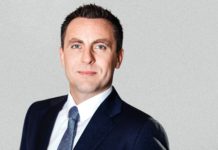 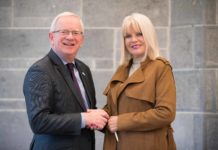