Limerick Going for Gold has created a new category for previous overall winners as applications for this year’s competition remains as popular if not more popular than ever.

These groups are also in with a chance to win an award in the Limerick Going for Gold Grand Final which will take place in October.

A new category, The Champions Category, has been added for 2018. It will include previous winners of the top prize in the Limerick Going for Gold Challenge Category (or equivalent) and will include the following groups:

The other categories in this year’s Limerick Going for Gold competition include:

Mayor of the City and County of Limerick, Cllr James Collins said: “I am thankful to Limerick Going for Gold sponsors, the JP Mc Manus Charitable Foundation, and all of our supporters and friends of Going for Gold.  In my role as Mayor I am delighted to see the positive impact that the Limerick Going for Gold grant and competition continues to have on communities across Limerick city and county.”

Gerry Boland from the JP Mc Manus Charitable Foundation added: “I am delighted with the added extra that the Champions Category will give to this year’s Limerick Going for Gold.  While it acknowledges the contribution the champions have given to their communities, it also allows other communities to have a shot at glory.  I would also like to take the opportunity to confirm on behalf of the Charitable Foundation that the prize fund for Limerick Going for Gold 2018 is once again in the region of €75,000, with a top prize of €10,000 in the Challenge Category and €5,000 in the Limerick in Bloom Category.”

How the Limerick Going for Gold Champions Category will work:

Applications can be downloaded from: https://www.limerick.ie/council/services/environment/clean-community/limerick-going-gold

Overall #loveyourlimerick 2018.  Runner up prizes may also be a feature of this category. 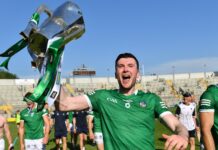 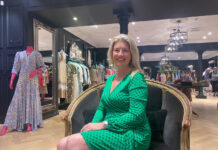