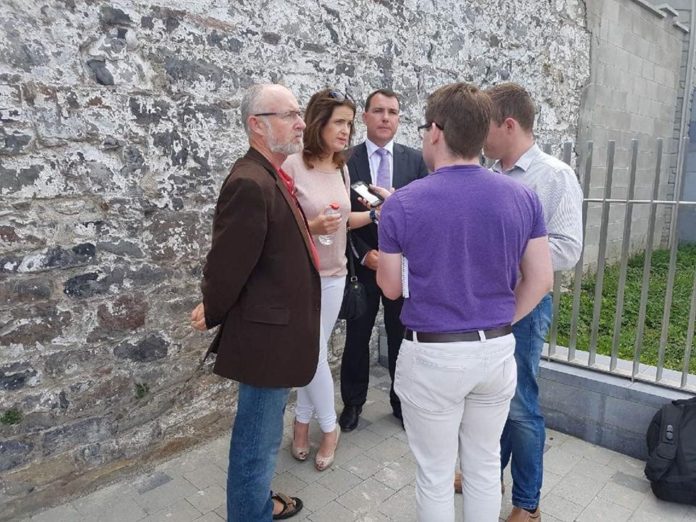 LIMERICK Mayor James Collins has called for profit-based fines for environmental pollution after what he described as the “laughable” fines imposed on Irish Cement for two dust leaks.

Following the ruling, Mayor Collins said that the 26-year-old environmental protection laws should be updated after the “paltry fines” imposed on Irish Cement for the two “fugitive dust emissions” in April and May Bank Holiday weekend in 2017.

“On two occasions last year, residents in the Sli Na Manach estate in Mungret had their cars and garden furniture covered in dust emissions from the Irish Cement plant. The company’s response was to offer the residents free car washes.

“We are talking about black, gritty dust covering cars. The residents did not lie down and accept the insulting offer of car washes. Irish Cement instead faced prosecution under our Environmental Protection laws,” Mayor Collins explained.

“The court judgment, while welcome, highlights the David and Goliath task faced by residents, Limerick Against Pollution, and councillors like myself, in trying to stop Irish Cement from burning toxic waste in Mungret.

“Fines of €4,000 could have been imposed, but instead Irish Cement must pay fines of €1,250 for both counts. This is a laughable fine.”

The Fianna Fail politician also believes that the case clearly demonstrated that the Environmental Protection Agency (EPA) should not grant a licence to Irish Cement to burn toxic waste in Mungret.

He is calling for new laws with stringent fines for environmental breaches, fines that are based on a percentage of the company’s annual profits, and “not some token fine that they pay out of petty cash”.

“This plant is located in an area where we are master planning hundreds of new houses, new sports and community facilities. Are we really going to leave the residents there literally living under a cloud? This has to be addressed by the Minister for Environment,” he declared.